It goes like this: I managed to make multiple enemy shoots bullet upon having their line of sight colliding with the player. I noticed that the bullet doesn’t flip properly when 2 or more enemies shoot. Here are some screenshots: 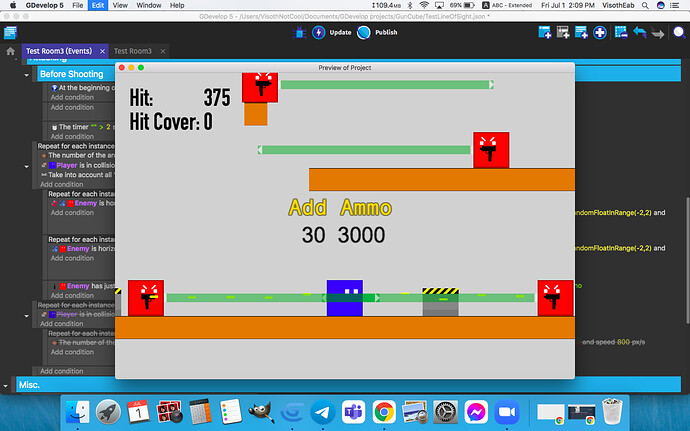 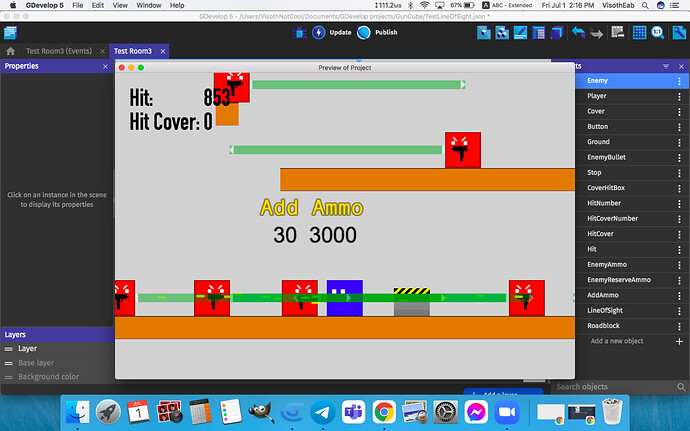 In the first part, you’re flipping the bullet before creating it.

Somehow, I still can’t figuring out how to fix it. Can you help?

You should swap the order of the two actions, you cannot flip something that does not exist.
Or do you mean you swapped them already and it didn’t fix it?

Here are some screenshot:

Well, you are using too many “for each”, it might be causing issues.
Also, this order seems reversed too:

You should leave the flip action in the same block as the firing action, just make sure to place it after the firing.

You should leave the flip action in the same block as the firing action, just make sure to place it after the firing.

I don’t really understand that. Can you explain a little bit more?

The problem is your bullet angle. You’re setting it to between -2 and 2, so it’ll always face to the right.

To get the slight mis-aiming I think you’re trying to achieve, you need to set the bullet variance to 2 in the EnemyBullet’s bullet behaviour, and use the angle 0 or 180 when firing the bullet :

I try it out, but, still not working. Here’s my code:

I try it out, but, still not working

I found that it has the opposite effect. I’ll do some more testing, then.