Ignoring jumpthru platform if on ladder / ladder under the platform

IF ON LADDER
If I’m going down a ladder and there is a platform, it should ignore the platform and let me pass

tho I do have idea for this:
if on ladder, disable behaviour of platform
(I sadly cannot test it out rn, would be apprisiated if someone could confirm)

LADDER UNDER THE PLATFORM
Pretty much this, but instead of crouching, I should be able to like, get on the ladder and ignore the platform 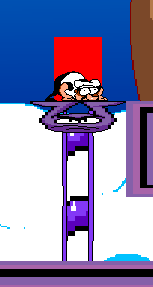 no idea for fix there

For example, here’s the platform object that the player character collides with. This is on a layer that is hidden at the beginning of the scene : 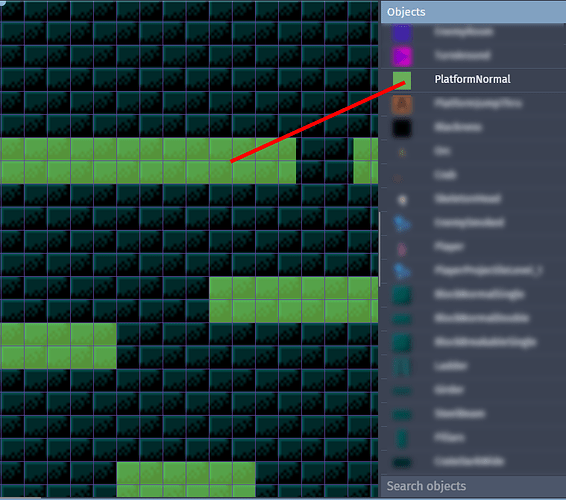 and here is the image, that’s just a plain tiled sprite, no collision for the player . It’s on a layer that’s not hidden : 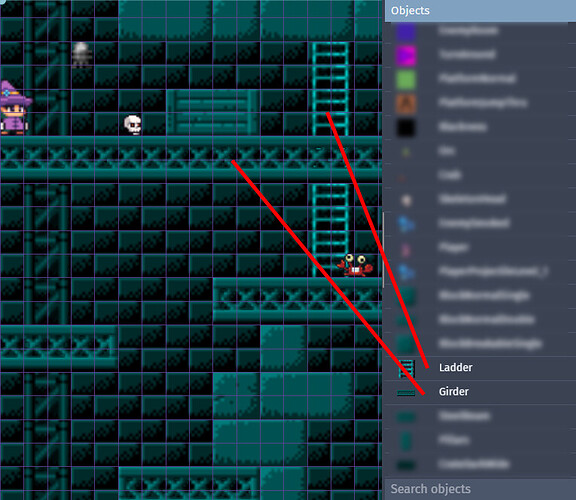 and the two layer both visible in the editor : 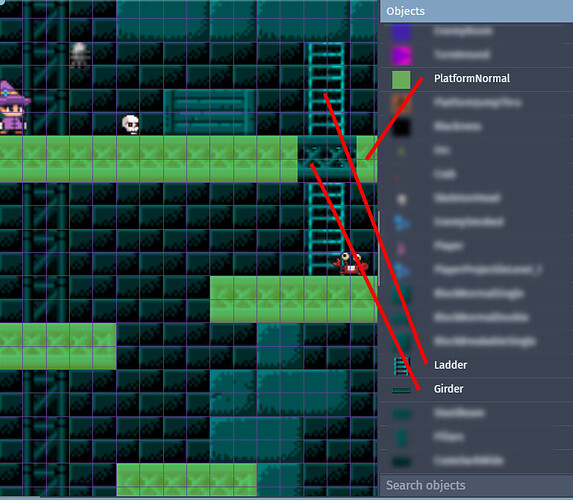 What do you mean that? The green box is the platform. Line it up with the platform image. Then it’ll look like the character is walking on the platform.

Where it overlaps the ladder, use the following (I’ve turned off default controls):

When I get home I can screenshot my events, but basically I do this:

EDIT: take a look at this: Stairs problem: climbing up, and down - #8 by beanmatt

yeah the way from the link worked, thank you so much