Yarn: Command not being called after Update 89

After the last update, the Dialogue Extension no longer calls the Command.

I had Command <<“die”>> called at the beginning of a node and then it triggered the action “Change Scene”. Now it just stays on the node. 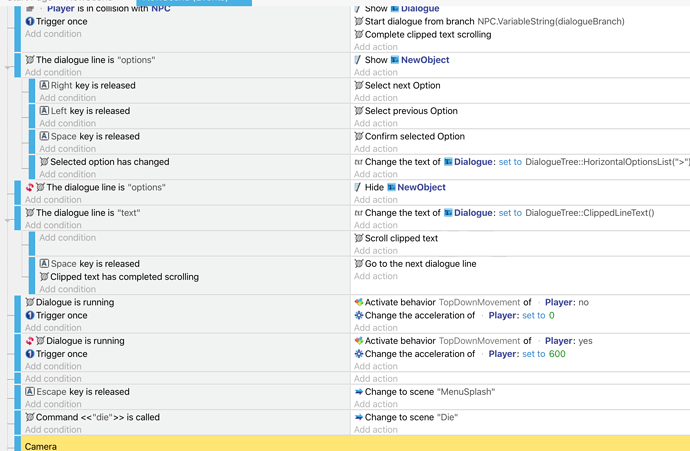 can you share with me a minimal example project? I will try to get this fixed. Dont forget to include the yarn json file

It was missed because it doesnt occur on the example project

I am going to need an example project, because I can’t replicate your bug.
Send it to blurymind@gmail.com if you like

Thanks @blurymind.
I’ve emailed you the project.
Are commands able to be called in other situations?
Cheers

@blurymind, I’ve changed your example project to change the scene like I wanted in my project. But I can’t get my project to work. I’m going to start from the beginning again and see what I can do.

Hi @blurymind
I found that adding this line (see photo) solved the problem. I don’t think I deleted this line after the update but it’s a possibility.

interesting. I have received your email with an example project and will try to have a look at it soon