Can I use GDevelop to develop multi player games

I am new to GDevelop and game development in general. Can I use GDevelop to develop multi player games such that multiple players are playing it simultaneously with different roles? Can it support

What is the starting point to learn multi player development.

Thanks you in Advance. 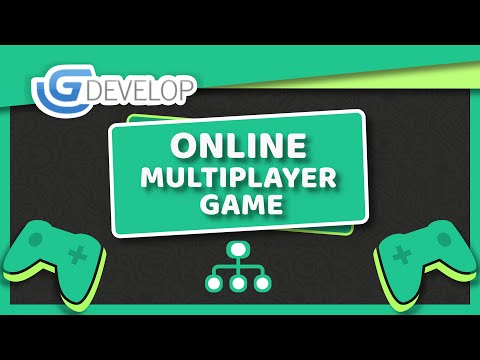 now this is the stuff im looking for

GDevelop doesn’t support multiplayer per-se, but it supports multiple networking methods (games communicating). You can build multiplayer games on top of these, but it can be complex to get right.

Here is a tutorial on how to create online games:

I would heavily discourage using or recommending this tutorial, as it shows anti-patterns instead of good ways to make multiplayer, which leads to bad performance, allowing easy cheating and desynchronization - a broken multiplayer game.

If by team formation you mean matchmaking, e.g. making a short game session with random players matched together, it is rather complex but possible with tools like Firebase Firestore or MQTT it should probably be possible.
If you mean a team like a clan or a guild with multiple players playing together over a longer period, this is definitely possible and easier than the first option. I’d recommend Firebase Firestore for this task.

Yes, for real-time gameplay I recommend P2P. The scores can be then stored in Firebase Firestore to keep them for later reference.

Thank you @arthuro555 for the detailed response. This is very helpful.