when i start the game the text “Start Game” dissapears instead of changing to what’s written in laguange data, anyone know why?

The error is here:

So i set a once condition to it, now the text shows, but it doesnt show what’s in language data, it just shows the default text, so it doesnt change when i click french etc. 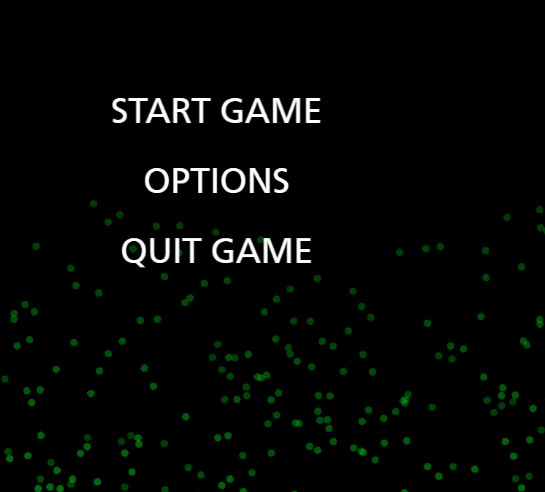 The error is here:

This will trigger the action “always”

No, that’s within a “Beginning of scene” event, so it will get called only once.

That’ll never work. It’s saying only run those events only of key ‘0’ is down at the start of the scene. The reason you’re getting the English cropping up now is because none of the language events are getting fired.

I’ll have a look through your code from the first post in a little while.

You’re missing the closing rounded parenthesis of the value in the last event action (where you set the text of mainStartGame).

Omg lol that’s so basic, how didn’t I catch it haha. So now it at least displays one of the 3 changes in languageData… however now i have another issue. It only displays the french one and clicking english doesn’t change it to the english one… 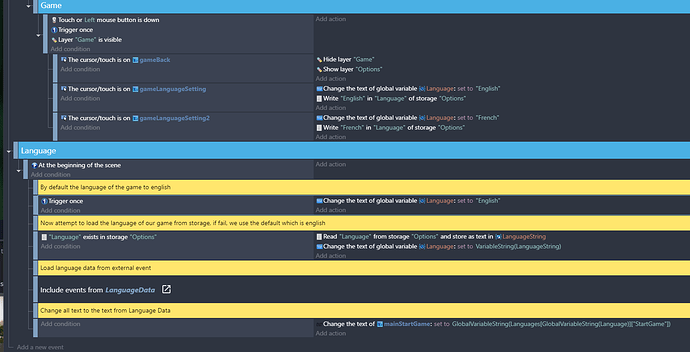 You’re only setting the text of mainStartGame in the subevent of the beginning of scene, so it only ever gets called once. You need to add it to the section where the language selection happens too.