I’ll start off by saying I am not sure if this is something that can be fixed in gdevelop as it may just be one of those things that don’t play nice between browsers.

I recently uploaded my prototype online for a few people to view and one of them advised me that time text object was hard to read due to it overlapping other objects. I thought this was odd as I had tested this with the inbuilt preview, on chrome and my mobile (also chrome) with no issues. 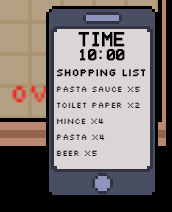 Turns out that it’s rendering slightly different in Firefox which is causing it to overlap.

EDIT: This can be fixed by simply increasing the object size (as shown below) but I still think it may be classed as a bug.

there are many issues with the text object on Firefox. Hopefully the (potential) soon to be upgrade of the renderer to version 5 will fix those issues.