How does this feel? (Platformer prototype)

Not quite a full game, so I don’t know if this should go in the game announcements board. 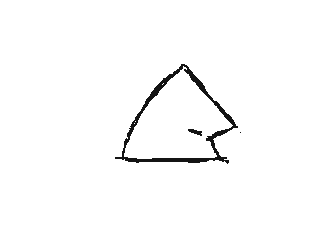 Play in your browser

Mostly concerned about how sprinting feels. It’s made the way it is to facilitate the flip while still allowing for running jumps.

Controller does seem to work, the buttons are: O/B to jump, R2/RT to sprint, and the stick to move.

The mechanics seem right to me. I think the main problem might be in the camera which seems to always be centred on the object, where I’d expect it to move a bit in front of the object as it’s sprinting, and to recoil as it skids and turns.
There’s also the problem of direction-switching in mid-air, and then attempting backflips right after landing. It that might fix itself with final animations, or maybe it’d be better to try to “get” what the player’s trying to do rather than to focus on aesthetics.

That camera thing… would be a pretty damn good idea, thanks for the input.

As for the direction switching, that was actually intentional. Like when I played stuff like castlevania I’ve always thought, “Man, it’d be cool to be able to jump backwards while attacking in the other direction.”
But now that I think about about it there might be better ways to achieve that.

Can you explain the issue with backflips?

The second “issue” is a lot weaker and subtler to me.
But I figured it out. My point was the finncikish ability to stack backflips. I think it’s due to there being no “grace period”. You have to be landed, counter-strafe, then jump to backflip. I expected to be able to do some of these actions while in air. Another part of it is not being able to backflip while turning.

pretty good! could be made into a full game