Hello!
I want to share with you my development on the GDevelop engine. I made the game myself, including the graphics.
Despite the fact that there is a lot of content for an indie game, the game weighs less than 10 megabytes.
The game has been improved and major bugs have been fixed, modes have been added, including a challenge mode in which players compete with each other.
In the latest update added a user registration system
In principle, the interface is intuitive, but I will list the main notes of the game.

The game works online and offline, though limited.
Rate the game and share your opinion! 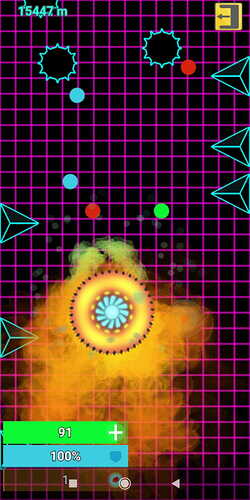 Good use of particles on this. Nice work.