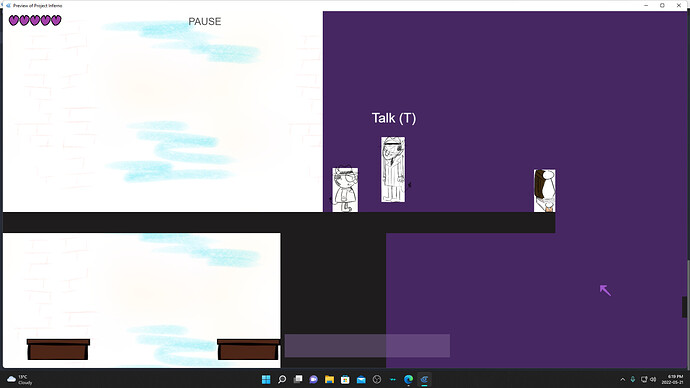 So, I’m trying to make my first Boss Battle and I’m using this to record and plan my process. It’s going to be several steps, so this should keep me focused and whelmed.

The shorter demon is Big Diablo and the taller guy is his little brother, Hammon the Hitman. He offers Diablo help with a situation in exchange for a favour. What I want to do is: 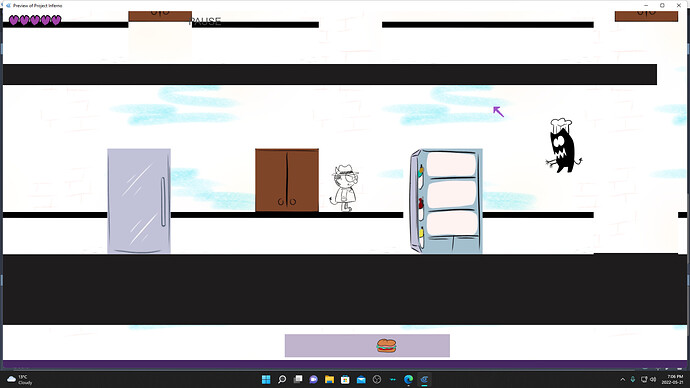 image1920×1080 156 KB
I was able to program the Cursor part of the task. Next I’ll try to program the enemy AI, which is that imp with the hat. Her name is Chef Salmon.

Cool game, reminds me of Cuphead.

Thanks! Cuphead is one of the inspirations! I wanna make a challenging game like that one! 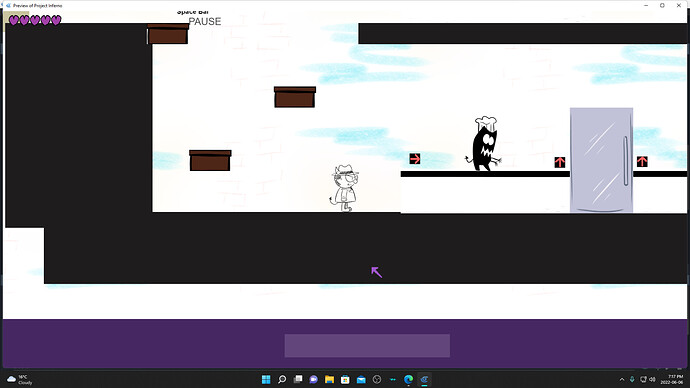 I renamed our first enemy as Chef Molasses and she’s busy rushing around the kitchen and trying to keep everything going. She has no time for her masters to bug her. Unfortunately for our Imp Chef, Big Diablo and Hammon are planning a Hit n’ Run in her kitchen, with her lunch as their target!

For now, you can only dodge her, but I plan to implement one or two ways for BD to temporarily distract her in a future update. 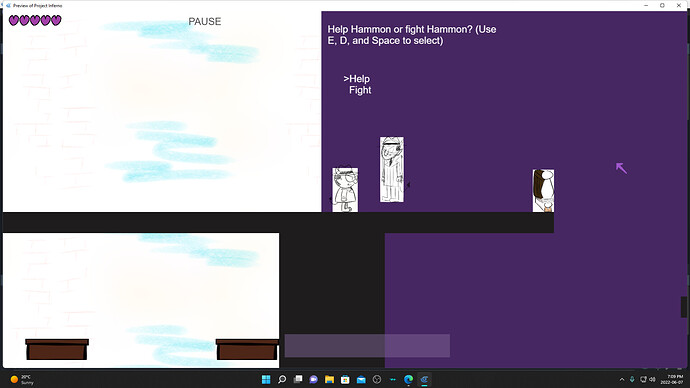 Thanks to the help of other GDevelopers, I was able to program the choices to either fight or help Hammon!
The next step for these is to make a mission statement for the Help choice and the Boss room for the fight. 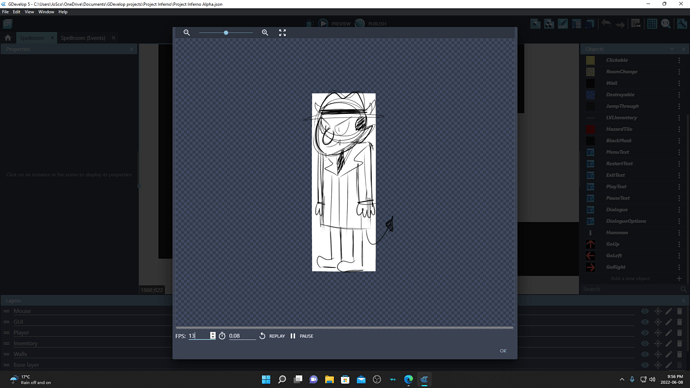 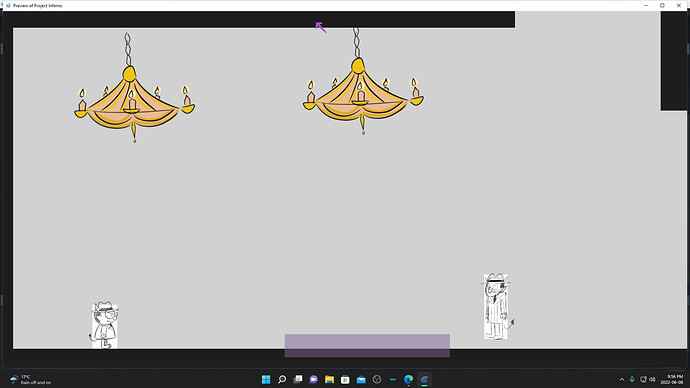 Drew some rough animations for Hammon and I found out how to program the object spawn attack that appears over Diablo for Hammon’s main attack!

Now I gotta program the animations in and do basic movement for Hammon.

In order to make this game, I’ve been researching puzzles and puzzle-platformers. I did some more researching tonight.

My big takeaway is that puzzles in games are supposed to communicate something about the game, like story or mechanics, to the player. So, I’ve been asking myself this question for my game.

This is a big deal to me because for awhile now, I’ve been having trouble with what to do for puzzles. Puzzle games aren’t known to be very replayable, so I thought that I needed to make the puzzles and Bosses primarily fun. Well, then I started getting frustrated. I could think up fun puzzles, but they didn’t make sense. Or vice-versa. I guess I got caught up in trying to communicate to the player “This is a fun game I made”. Yeah, I want my audience to think my game is fun, but that’s not the main message.

What do I want to communicate to my audience through my puzzles?

I think I know what, now. To summarize the demo I’m making:

Big Diablo is the Villain Protagonist of a made-up 1960s cartoon called The Inferno Gang. He is the Don of a Crime Family of demons and sorcerers who specialize in racketeering scams. The family’s main goal, however, is to get into God’s good graces and save their souls. Every episode would focus on Big Diablo or one of his family members trying to do a good deed - and then hilariously fail when their fatal flaws rear up! The characters McInnes the Angel Muskrat and Professor Brielle the Barn Owl acted as co-narrators of the show, as well as the moral compasses and comedic foils to the Gang and sometimes each other.

Simply put, it was a comedy about bad guys trying to do good, but failing because they didn’t want to really change their bad habits. That’s what I want to communicate.

The first Boss is Diablo’s taller-but-younger brother, Hammon, a greedy Hitman who’s blocking the way. Hammon says that he’ll help Diablo get through the level - IF he steals the chef’s lunch. Diablo can either help Hammon or fight him. If he helps his brother, he gets extra help but steals from his staff. If he fights his brother, Diablo won’t hurt his staff, but he won’t get that extra help. It’s up to the player to decide if Diablo will be successfully good or fall into bad behaviour.

I was thinking of a possible third option, but I like the idea that the puzzles focus more on how you approach the task and want to solve it than just a one answer solution. I was also thinking of giving Diablo the ability to whistle to alert enemies, but these might come in another update.