Hi! I need suggestion for a simple spawn and death animation or effect for my game.

Here’s what the style of the game looks like: 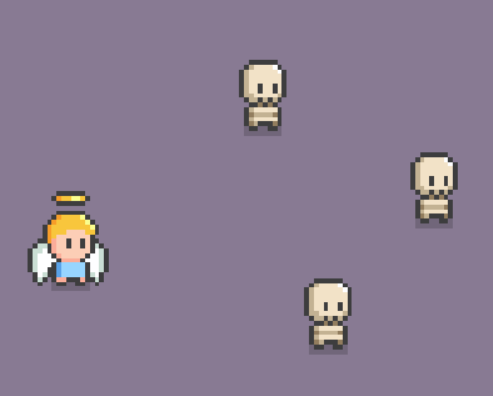 It’s a roguelike bullet hell game and you’re in an arena and enemies will spawn each wave. I need suggestion for the spawn and death. It can be an animation or an effect like changing the opacity etc.

Spawn and death of just the winged character? Or all characters?

For the skeletons :
Climbing out of the ground for a spawn sequence.
Crumbling to dust and disappearing upon death.

This one looks good for death animation. How about the spawn? Do you have any idea? I remember the spawn animation in enter the gungeon where it starts with a red circle skull like object that will show before the enemy appears.