Hi guys, i just release my first game and it was made with GDevelop. You can download Space Tappers on Itch and Google Play Store, here’s the link: Space Tappers by Taqzwee
Feel free to give feedback!

This game is HARD! Made me dizzy, probably too fast speed. Too intense no place to rest a bit. I barely hit 100 points to see if i have more powerful plane or something to help me improve. Its not the case. Maybe you can try to lower the number of shooting enemies or make HP system where you can collect harts to replenish HP. If you touch anything you will die. I probably made the walls bounce you other direction or let you pass thru the wall and appear other side like in “Switch ‘N’ Shoot” . Made collectables they are fun.Maybe you can try to make more animation for buttons in the menu. I like the music. The color pallet is rly nice. Graphics are good too. Good feel when you kill enemy. I enjoy the game a lot. Don’t take my feedback as i’m right about it just saying what i will improve in my opinion. Best of luck dude. Nice job!

the game is so beautiful, but so hard for me! I couldn’t pass the score 9 haha! 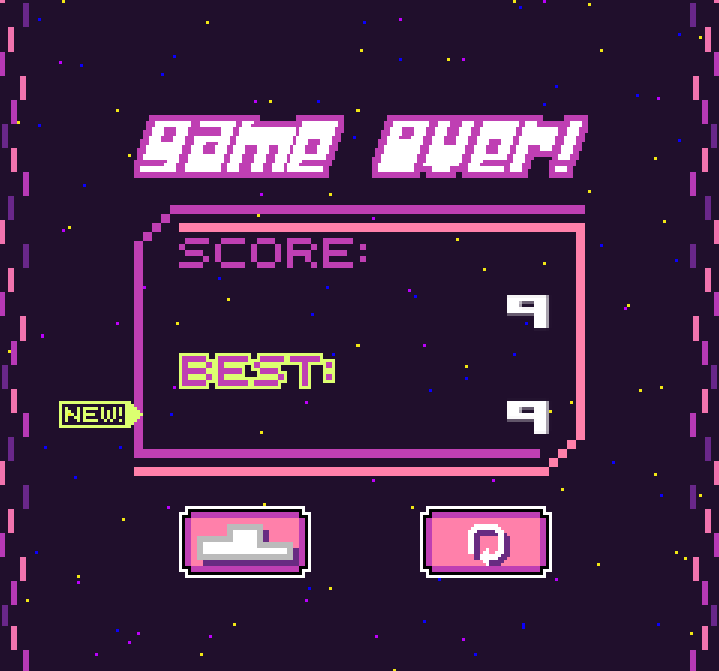 Thanks for your feedback! yes this game is hard (actually I deliberately made it like that. Lol). Based on your feedback it seems like I should reduce the difficulty a bit. and maybe I will add more features like you said in the future update. Thanks for playing!

haha seems like I really need to reduce the difficulty in the next update, Lol.
Thanks for playing!

Hey! Your game is really cool, good graphics and music, but as said before it stills is very basic and would need some new features. The difficulty is good, I don’t see why everyone here says it’s too diffcult. I mean, I’m not really good at video games but I did have fun and didn’t die as fast as I thougt I would seeing the other posts. Good Job and continue like this

I think you could put something to choose from (easy, medium or hard), it would look great.

hi guys, I just gave a small update to Space Tappers, including:

check it out if you are intrested.

Could you also add the gamepad extension and create better control for non mobile devices (for example spacebar or right left arrows)?

Good idea! maybe I will implement it in future updates

Also, something you could do on windows is to sign the executable, because When you download the file, chrome warns you that it might be dangerous and the when you open it SmartScreen (The system to protect from viruses on windows 10) Also tells you that it’s not signed and might be dangerous. To do that, you need to download the .net framework and the windows sdk (Visual Studio Installer can do that for you) and then use this link: 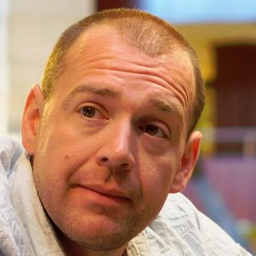 How do I create a self-signed certificate for code signing on Windows?

First answer will tell you what to do.

whoa !, i never thought about that. I think it will be a little difficult for me because I can’t coding.

No need to know. Download the tools and follow the instruction in the link. But you need windows

Hi, I just gave another small update to Space Tappers, including: