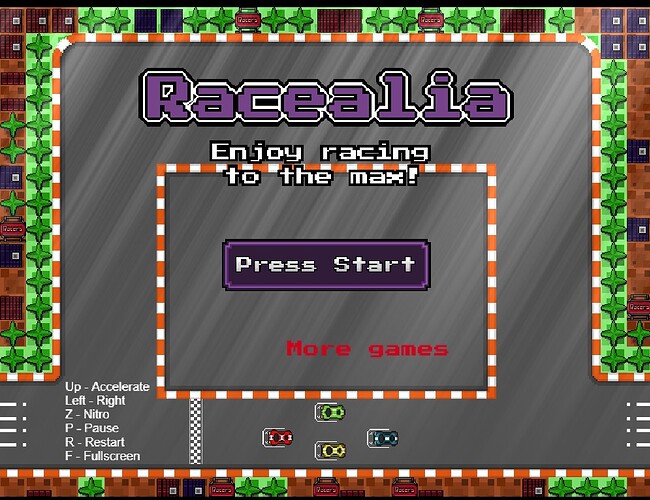 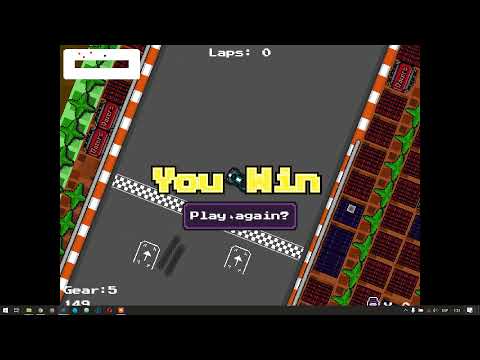 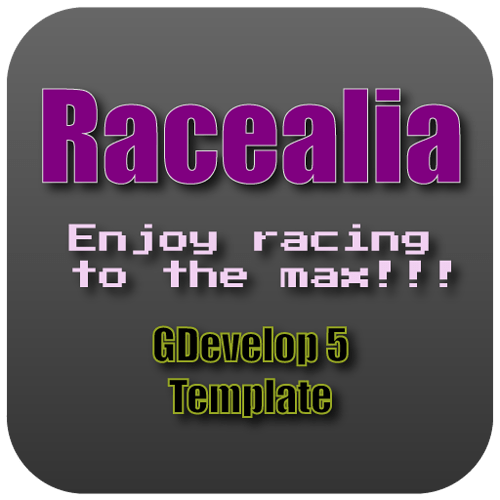 Racealia - Enjoy Racing To The Max - A GDevelop 5 Template

Race against your rivals in an insane oval track.

I really appreciate if someone helps me to add a rank/positoins system to this template.
I couldn’t figured out by myself.

Hi mates @Bouh, @Silver-Streak, @Gruk, @tristanrhodes do you think about this template I should submit as an example or no?

(Note: I"m not an example/template reviewer or approver, so my opinion doesn’t sway that).

I think this looks rad, but I’ve also been wracking my brain on how you could do ranking. I don’t think there’s an issue with adding it as a template right now, but again I have no input on it.

I need a bit longer to think of an option for ranking. I’m wondering if you could just do some sort of passing logic with objects. Something like:

You might not even need pass down, I think?.

Wow thanks a lot I’m going to try that logic.

I’m looking forward to fiddling with it. Thanks for sharing!
It should make a great addition to the examples, with a few more comments, and perhaps less copypasta, like for the car gears. I think that in the examples, we should strive to avoid copypasting, to demonstrate that most often, it’s possible to do without it.