I think there is a bug about tiled objects. I never used them before, so I don’t know how they should work, but I think they doesn’t should looks like this: 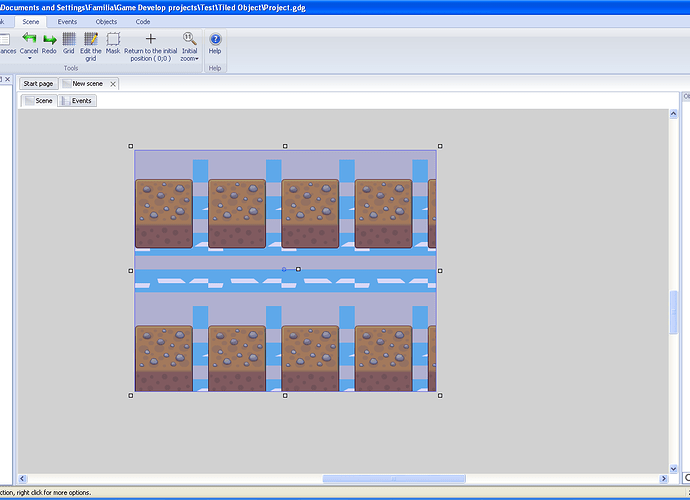 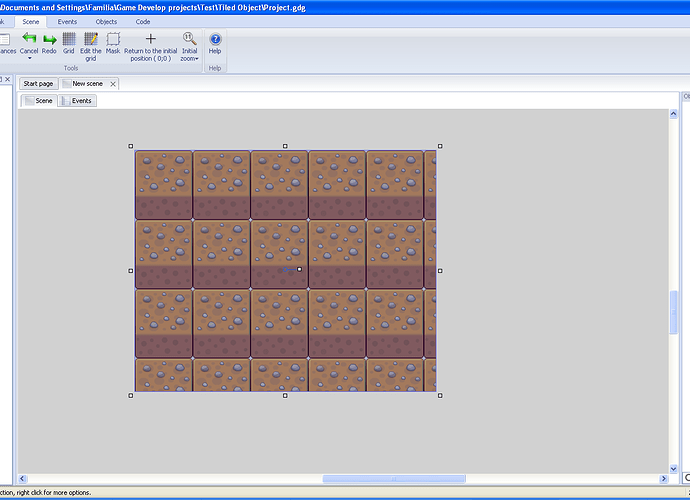 In object’s sprite editor window, if the image is large and you try to scroll:
1- Mouse’s wheel doesn’t work (maybe this isn’t a bug)
2- If you scroll the sprite from the side bars, sprite’s position is not refreshed until you click the image with left button.

“Add a force so as to move to a position” action doesn’t work properly. I use this action to move an object at right:

But the object move in Y-axis too (maybe this action is inaccurately and works for x and y points != 0)

And it’s surely due to the graphics driver, try to update it if it’s not already done.

Well, probably because I have an integrated video card, here (Uruguay), video cards are “a bit” expensive. But what a coincidence, because I will buy one tomorrow, should arrive in a few days. If I buy the card, I will tell you what happens