In one of my favorite games exists this room. I’ve got the files from the original game, and I’m trying to use the sprites and everything just to recreate this room as sort of a test and to get a feel of the Gdev software.

In the room are a couple of pots, and a chest, some of which will give you a “rupee”
Here I have the background laid out, and I placed the green rupee object on the floor but I cannot get the shimmer effect to animate.

Here’s what I’ve got so far. Shouldn’t it be working on keypress? 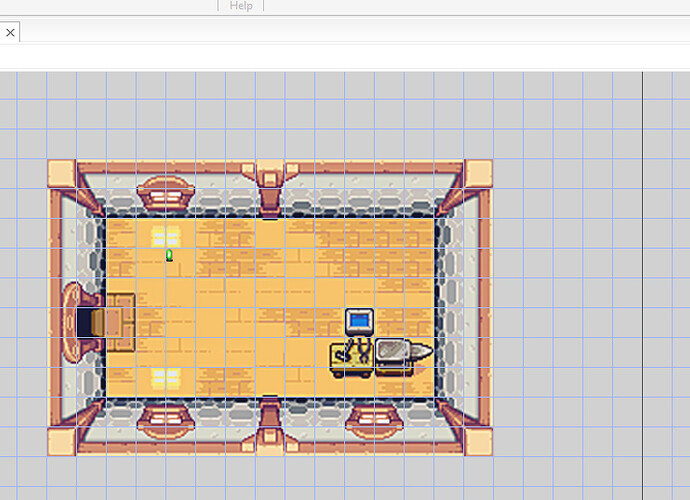 Yes and no, is the current animation of the rupee the one you want to play?, more info is needed

Current animation sounded like the best option to pick, for now, I’m just trying to get my head around making this particular animation work on keypress, or as soon as the game finishes loading in the browser.
I’m also curious if I can control how many times the animation plays in succession before stopping

Check the number of the rupee animation that plays the special effect, and change to this animation when the key is pressed.

[code]Conditions: Key Space is pressed
Actions: Do = “shimmer” to the current animation of rupee
Do = 0 to the variable “times_played”

I think ‘Play the current animation’ is for use if you have paused the animation. If you haven’t done that, then you probably want the ‘Change the animation’ action instead, as Lizard suggests.