At beginning of Scene in external event is inconsistent (SOLVED) 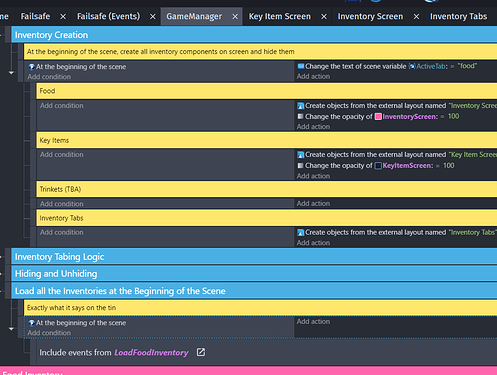 Basically, THIS setup recreates the “double inventory quantity” issue I had in this post, but now it’s even worse since the fix I put in place is now ignored: Saving and loading an inventory (SOLVED) - #10 by Shadowbonnie7
Again, this ONLY happens if the load at the beginning of scene code is INSIDE the external event, it works just fine when it’s on the outside

While on the topic, I also want to point out the inconsistencies with using at beginning of scene in external events, shown here: 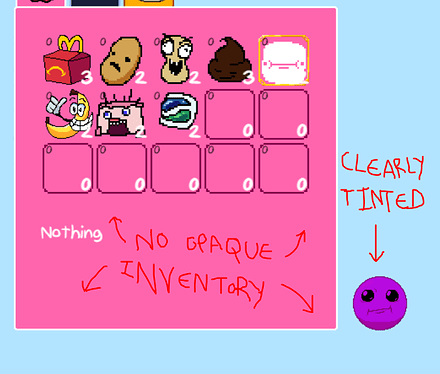 Why does this happen, and now can I fix this to make it all work like it’s supposed to?

Also, while testing this, something else in the code broke (Inventory won’t save or load if I close GDevelop and reopen randomly), but now it’s fixed and working as intended again??

I swear I have the latest update installed

My GDevelop is being incredibly buggy right now, breaking bits of the code that worked before, and then randomly fixing itself on it’s own, replacing itself with a different issue

What a headache to deal with. Perfectly functional code randomly breaking and then randomly fixing itself? I’m seriously being trolled by GDevelop right now…

The opacity and tinting thing I mentioned earlier still stands tho

You need to separate the “Create objects from layout” and change opacity/tint statements. The objects created from external layout aren’t picked up by GDevelop until the next event. Not sure why.

Ayyyy, that fixed the issue, I can definitely see why the engine would think like that