I’m having trouble making my sprites stay on the ground while switching animations. I’m pretty sure the sprites are supposed to be the same size for all animations but if that’s not the case let me know. Its like when I switch from the standing sprite to the punch sprite the character ends up in the air. I have tried messing with the collisions and points but I’m not really sure I’m messing with them correctly. Can anyone help? Like I said, I’m not too sure if the images need to be the same size or the points and collisions should be in certain spots. If you need pictures let me know as well.

I’ve left my crystal ball at work. Can you upload your project file so we can help you better?

Weird, I don’t experiencing the problem

Whatever I do, the character never end up in the air.

What I was doing is to exported the project and run index.html from the folder, select the character on the left side and I can jump, punch and move left and right without any problem even after punch. Tested in Internet Explorer and Firefox, no such problem here.

Could you tell me exactly what to do to reproduce the problem?

Regarding image size, always ideal if the images of animation are the same size and the origin and center points are also at the same position for each animation of the object.

Hey thanks for the reply.
The problem was when the character gets hit with the ice thing her hurt animation makes her end up in the falling animation in one quick motion.
I ended up starting to make a new character with the same size and I ended up with the same problem. I’ll try with you said about the points and make sure they are in the same exact mid point.

Edit
I got it to work according to your post but now I’m having this problem:
In picture one, the character isn’t on the ground
but in the second picture the character is.

So its whenever I move across the stage she looks like she’s walking up a ramp.

EDIT(AGAIN)
I’ll upload the files for the new problem.
The file got bigger so i’ll post a link: 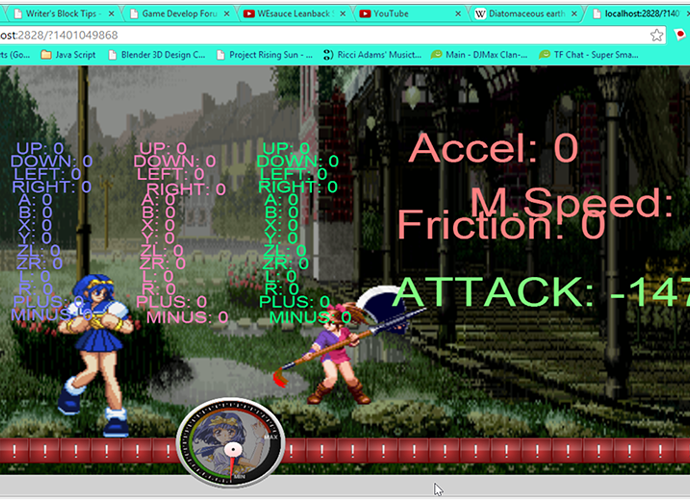 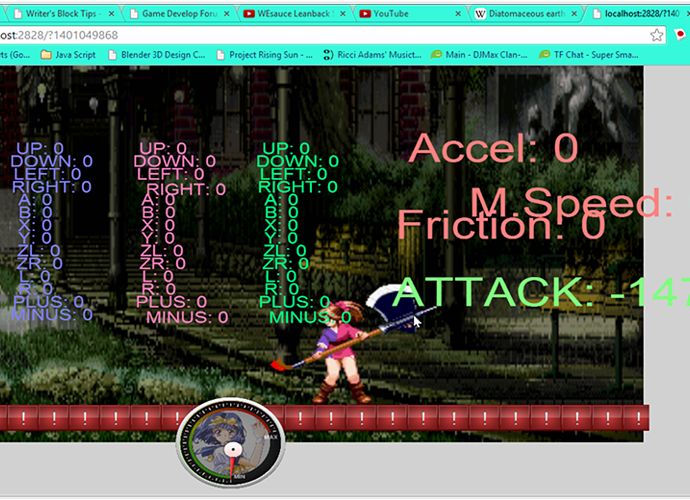 Can any one help?

Is it occurs with all characters, or only with the one on the picture?
Do you using the same center and origin point for each character?
I meant to use the same points for each animation of the character and same image size for each frame of the animation.

Could you please upload your project as it is on your hard drive, including (sub)directories?
I’m too lazy to set the location for every sprite on my hdd

I guess, you have everything in one directory, just pack the whole thing up, so I can open the project in GD and ready to run a preview.

If you don’t want to share the whole project with all your sprites and sounds, I suggest to make every part one by one in a test project first, if it works, you can easily implement it in to your main project, if it not, you can share only that part where you got the problem and also easier to find the source of the problem.

Also, if you want to add something new to an earlier post, (especially if it a question) I suggest to write a new post, as editing is not indicated. I don’t know about others, but normally I’m open topics only If a new post is indicated.

Thanks for the reply.
I did center all of the sprites with the new character like you said now everything is working well.
My only problem is the weird lump in the middle of the stage.
I made the floor into a drag-able object to see what would happen but I’m confused on the results.
I believe the new character is the problem because it only happens with her.

The characters I’m using are only placeholders.
I want to figure out how to fix it just in case i run into it into the future.

Here’s the project files, Just extract in to the Pictures Folder and GD should do the rest.