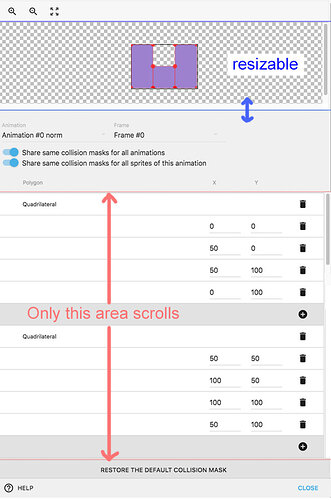 While the resizable object window is a nice to have, I feel that being able to scroll the polygon window separately from the object window would be a big improvement to the usability of the functions. Right now, if an object needs more than 2 polygons to define the hit boxes, you have to repeatedly scroll the window to switch between seeing the graphical hit boxes and checking the values of the vertices. Having the polygon vertex scroll separately will really save time when defining complex hit box shapes.

I think we can see bigger 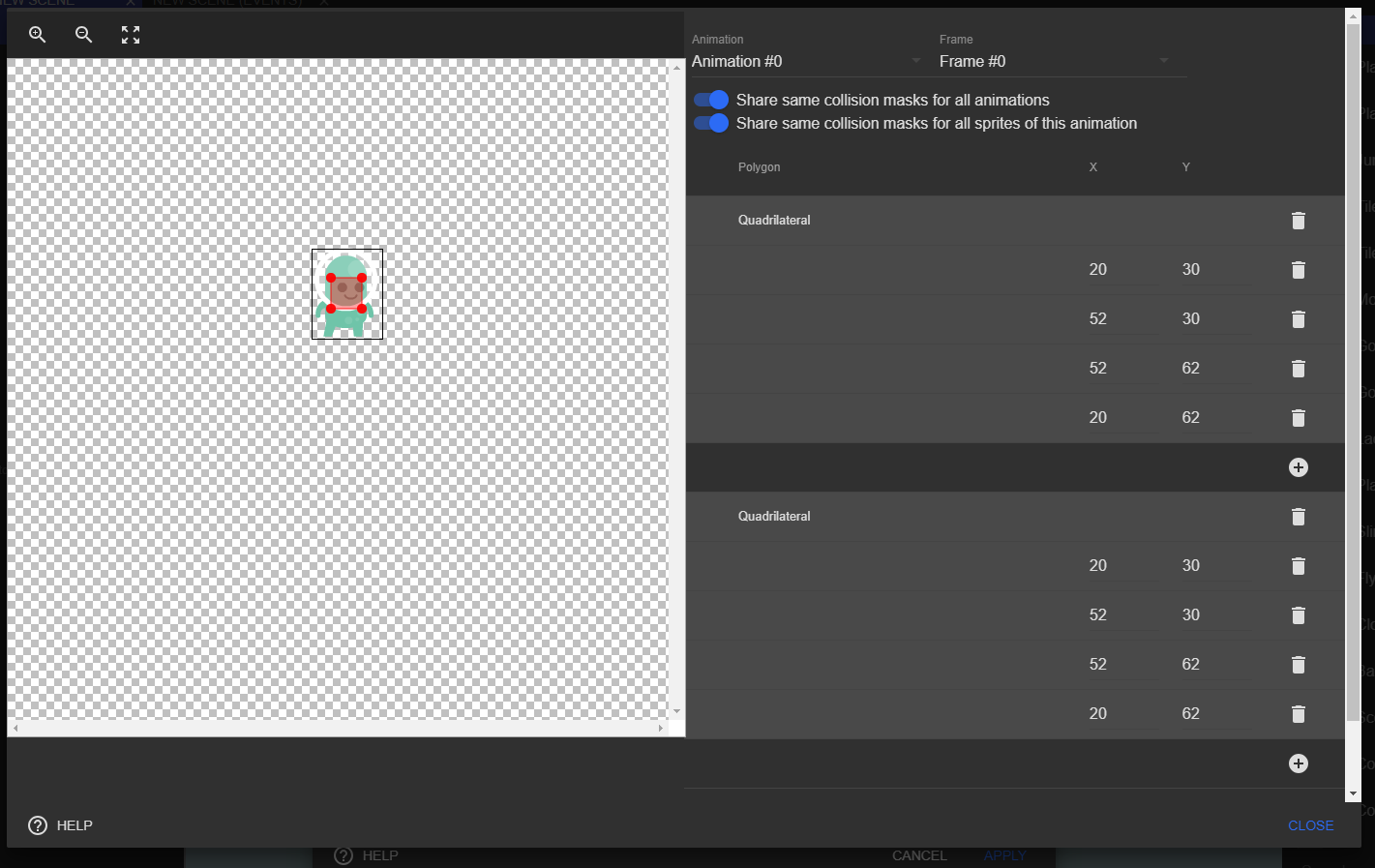 You’re both right that the current editor is not ideal. I like the “2 columns” layout idea from @Bouh. Would be doable on large screens, and smaller screens are conserve the existing “1 Column layout” that we have now (maybe with the better scroll proposed by @poly-puzzles) .