Hello, I want to create a function that when the player comes to the area with the airflow, the fan below gives him a force upwards. That works sometimes, but the player should be given a power that he can go back down as soon as he leaves the airflow area. I’ve already put something together but it doesn’t quite work, if the player leaves the area he still floats up and I can’t use the down button to go down anymore. 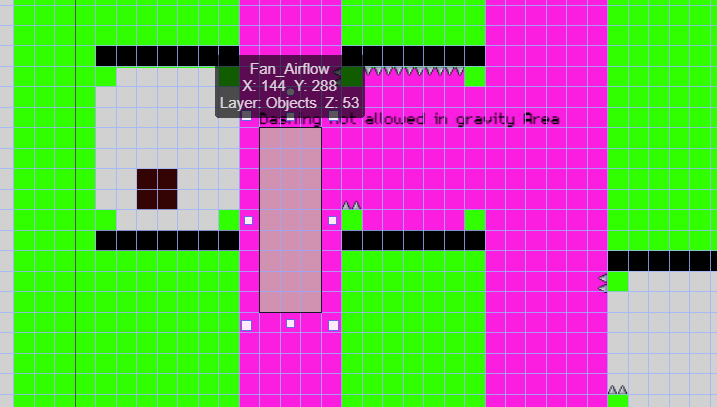 You need to remove that lone “Trigger Once” condition.

You’re best to move the second condition left so it’s in line with the first one.

However, you’ll encounter problems if you have more than one Fan_AirFlow object in the scene. The second event will then always be true, because there will be a fan the Player is not in colliding with.

Here’s one way to get around this :