I noticed that in 4ian’s demo game Lilbub it starts in fullscreen mode immediately without opening a windowed version first. Is this possible using Gdevelop 5 or does that require clever manipulation outside of a standard build? I can get the game to switch to fullscreen automatically as the first action on scene load, but not jump straight to fullscreen. I have also noticed that ScreenWidth() and ScreenHeight() for fullscreen mode are not accurately read until you have interacted with the game in some way with a keypress or mouse click…

put “at the beginning of the scene” in conditions and put “activate full screen” in actions and hit yes.

AndyJV is absolutely right, all you have to do is add an event, click on add condition to add at the beginning of the scene and add action as fullscreen.

If that will be troublesome you can check out this video to help with that, you can also add an exit to your with the escape key : 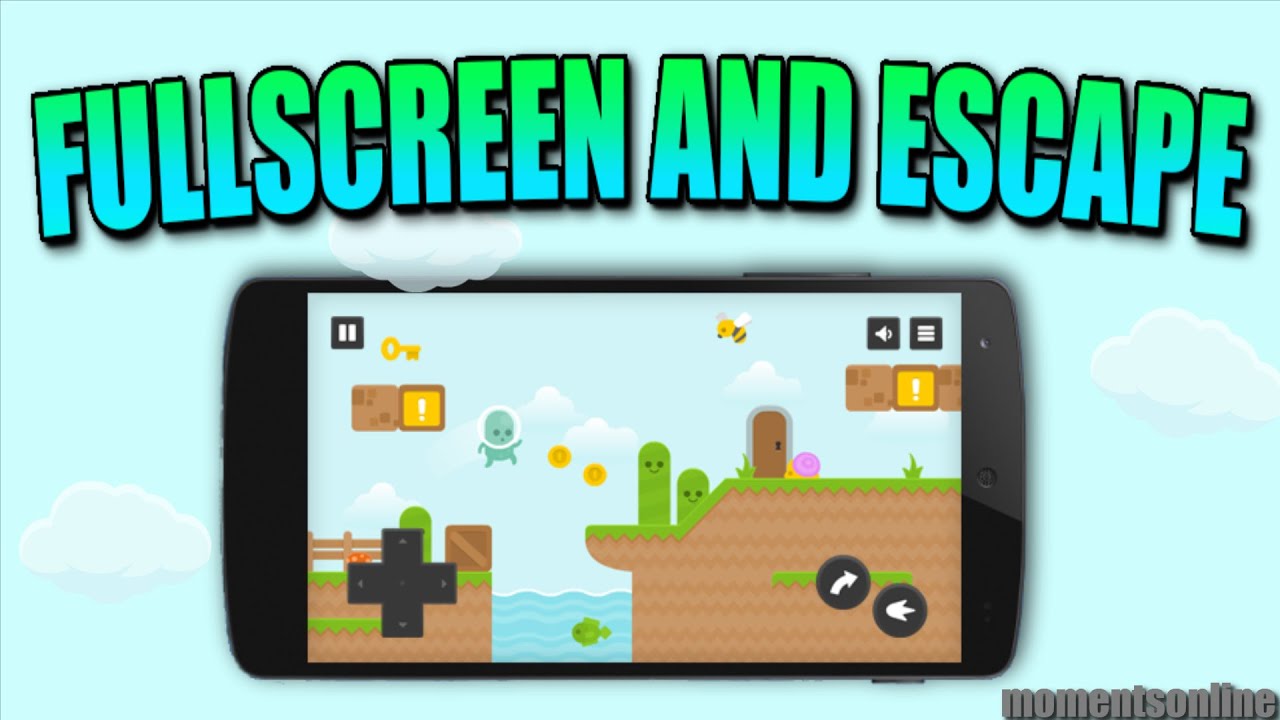 Yep but that doesn’t work - at least not for me on Linux - it opens in a window for a second then switched to fullscreen mode - I was hoping to avoid opening a window completely? Maybe that works on Windows or Mac or Android etc? In the video you linked a small window opens first - which is what I am trying to avoid

I think that has no solution but I can tell you something else like, how to exit full screen mode

To clarify, without modifying your actual source files javascript code before compiling, what you’re seeing is correct.

It will always start as a window for a split second then go to full screen.

I assume that would require you to save the project as separate files rather than as one file then edit the relevant file - would I then still build from within GD5 or manually compile at that stage?

You’d export locally and then modify the js files, which would mean it would then be manual compilation.

Understood, found the relevant lines in the JS file - not sure of syntax to replace the resolution with fullscreen - but at this stage I have no idea how to compile manually

thanks for info though…