Help with two timers hitting intervals at the same time

So I’m trying to get Lolbit to appear every 5 sec. at AI 20 and El chip to appear every 10 sec. at AI 20. Lolbit’s 5, 15, 25, etc. intervals are working, but when both are at their 10, 20, 30, etc. intervals sometimes both will appear at the same time which is how it is supposed to work, But sometimes only Lolbit or only El Chip will appear. Is this because Gdev. 5 can’t handle 2 timers at the same time so it randomly picks one? 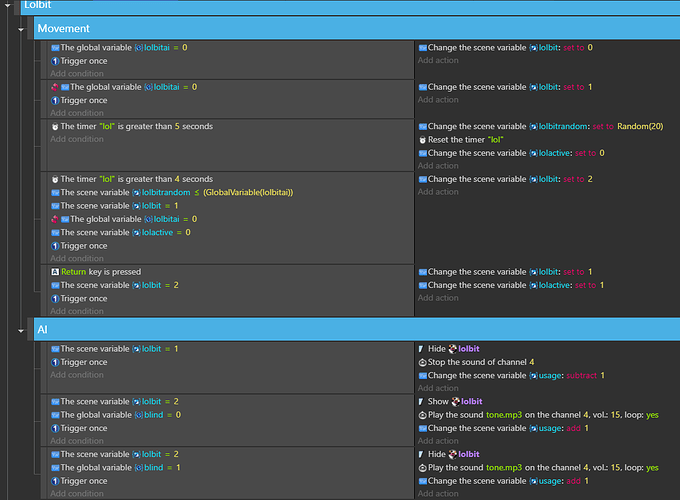 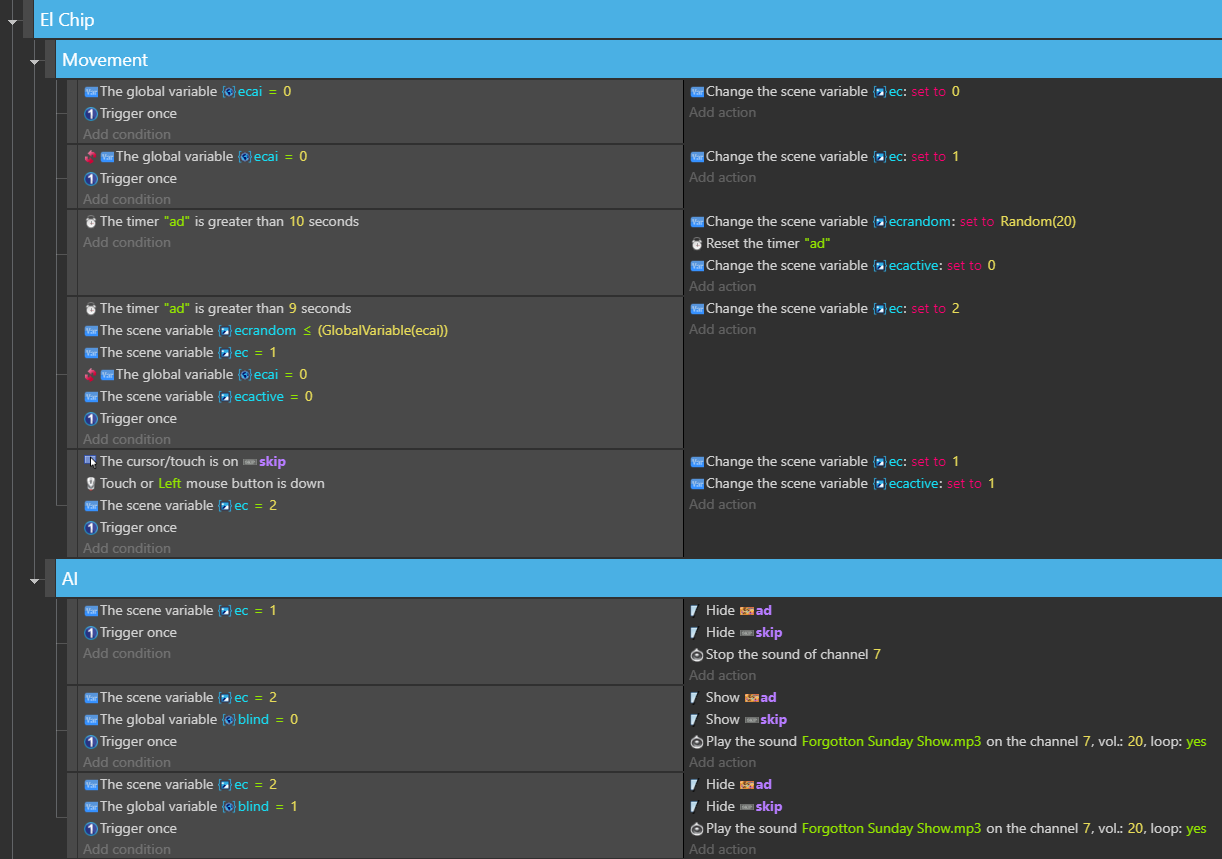 There are no limits to timers on GDevelop (in the game I’m working on I currently have ~25 timers running at once right now).

At a high level guess, you’re just running into instances where random numbers are making it so they don’t occur simultaneous.

If it says pick a random number up to 20 if the AI is at 20 and I had them at AI 20, shouldn’t they always appear no matter what the number is?

Maybe, but your Random(20) isn’t going to be the same for each of them. 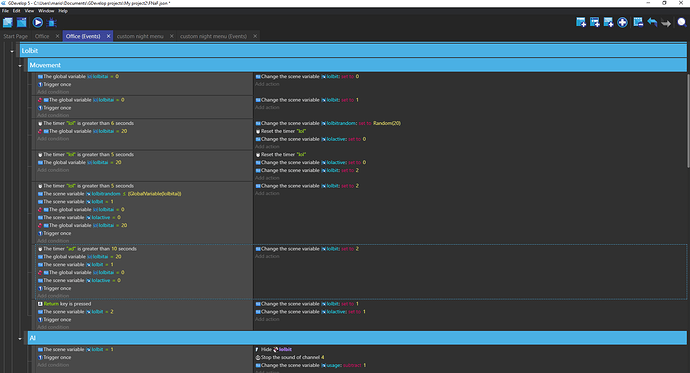