How do I make the music stop?

I have been having some trouble getting music to go on and go off. To make music play, I do: 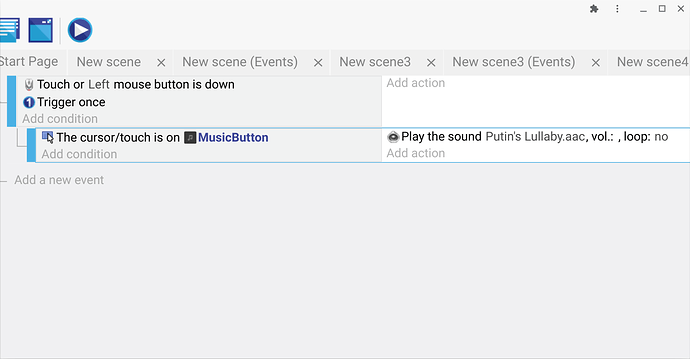 Just to clarify some items here: