How do I rotate the camera?

Hello! I was wondering how to rotate the camera for my game, when the player presses a key, but it doesn’t work.

What events have you got at the moment?

Here is what I have so far: 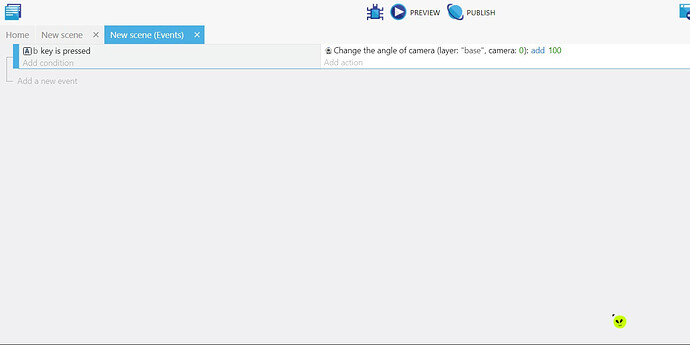 Did you add a layer named “base” to the scene?

oh yes. But I fixed that mistake and it still dosn’t work.

Do you have objects on the layer named “base”?

When you rotate a camera, it only affects the objects on that camera’s layer.

As MrMen said, to observe rotation you also need to add some object floating to see them rotate.

I’m pretty bad at explaining things to everyone. So in case if you don’t understand, here is my illustration:

Any ideas? (Oh and btw, I’m using tank controls for the player)

Oh okay, I’ll keep that in mind. Thank you so much!