How does the Z Order of the isometric game example work?

I’ve been looking for how the Z order change works, but I haven’t found the event. Does anyone know how this works?

From the editor panel!?

I think I found what I was looking for, apparently gdevelop has been configured before to work with isometric sprites 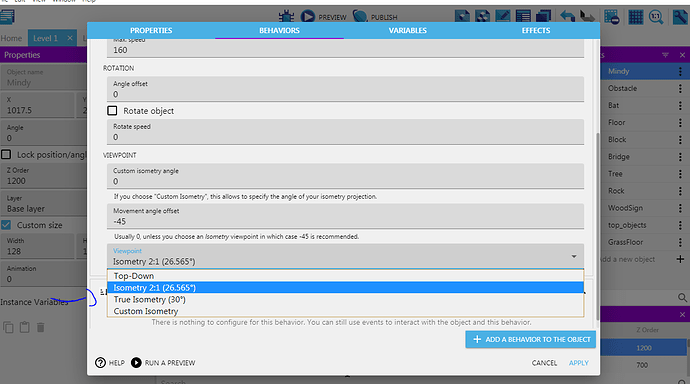 Good question. If you scroll down a bit further in Mindy’s behavior list, you’ll see a second behavior called Ysort. Other objects, for example, tree, also have it. It means that the z order of those objects will be the same number as their y position on the screen. How good is that!!! It’s not a built in behavior so search for it in the new ones. You might have to adjust the character’s origin point depending on the shape of it.