How to delete objects with objectcount

I have a problem that i don’t know that to do about. I tried reading documentation and looking at the examples but I have not found a solution.

I’m trying to figure out how to keep my bullet count on the screen to a certain ammount.
If there is too many bullets on the screen (let’s say more than 100) i would like the game to delete the first bullet that was shoot (and then the second bullet ect) so that the total ammount is never more than 100 but so that the more recently shot bullets are still on the screen.

Is there a way to do this? 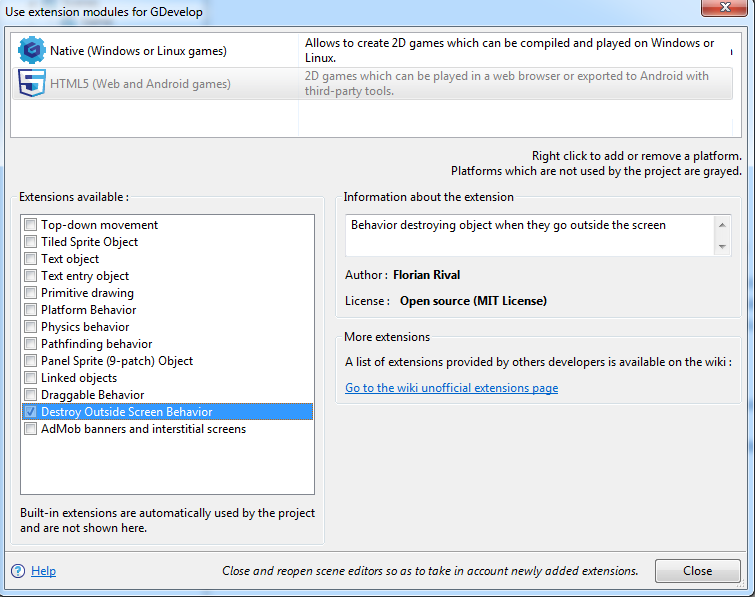 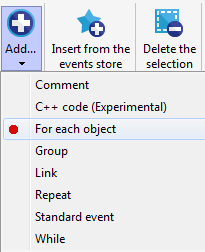 Thank you!
I have solved my problem using For each (object).

I still don’t exactly understand why it works and how the code is being processed. When I was tried to combine two of the for each expressions using sub-events in for each code block it stoped working. I have to run more experiments to understand why.
Also using the timers in for each code block created strange behavior - that only one of the bullets was executing the code for bullet behavior (turning towards the mouse cursor).

Anyway - problem is solved. I will now just look for more info on for each object code block and how it handles sub-events and timers. Because now my current code (below) is processing code for rotation and adding force every frame and not every few frames like i had it before using timers. I have to figure that out.

Here is my working solution for deleting object with object count, i hope it’s gonna help someone learning Gdevelop in the future. 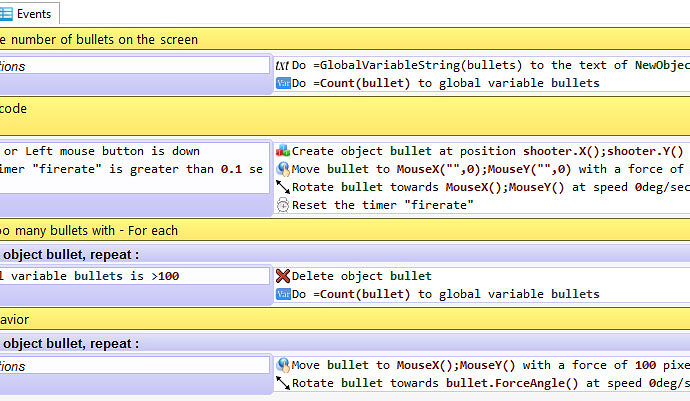 still don’t exactly understand why it works and how the code is being processed.

Sub events are triggered always and only after the main event.

Timers are global timers, if you wan to run a timer multiple places you always need to reset the timer first. You can also pause and start timers as you need. If you don’t pause or reset a timer it is going to run forever.