How to set the screen to not show below the bottom?

When I start my game the player is centered in the screen. this means that shows a large chunk of the outside black screen, which looks ugly. Is there a way to set it so that when the player character is is standing on the ground, the ground is at the bottom of my screen? 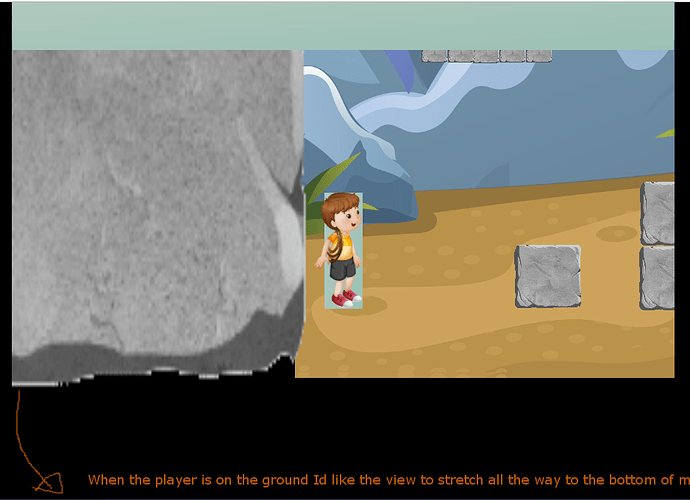 Do you have it set up so that the camera follows the player? If so, you just set a condition to check where the player is, before allowing the camera to move.

If the floor is at Y position 100 then something like this should work:

The camera will follow the player as long as they are at least 100 above the floor, but will stop moving down once the player gets closer to the floor.

I guess that is why many games make the map bigger than your actual walking area.