Loot and inventory for NPC/containers

Hello. I need to set up a simple inventory system for NPC’s/containers.

Each character in the game, including the player, has 9 inventory slots that are shown on the UI layer. All objects in the game can either be in the character’s inventory or be placed on the map. 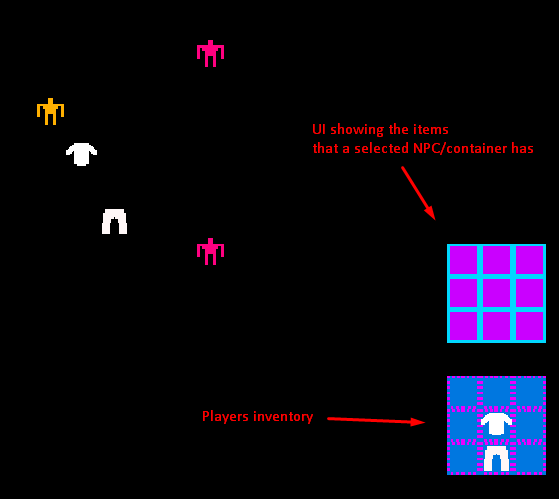