Music Creator as well as Jfxr

So I thought it would be useful if when you select the play music action, and pressed the create button, instead of pulling up Jfxr, it pulled up an open source program called Beepbox (click here to see what im talking about). Its similar to piskel in that it is typically web based. This would be useful as the desktop app doesn’t allow music assets from the asset store, and also allow music creation directly in Gdevelop.

I like the idea of ​​having some music creation program linked to Gdevelop. And the Beepbox is excellent in my opinion! But just to remember the music events are old and the wiki tells us not to use them anymore:

So, I believe that the program would need to be opened in another way. Maybe another button in “Play a sound” action.

Wow, I had NO idea that the music actions were outdated, thanks for letting me know. In that case ,yeah it would be nice to have a button similar to this one: 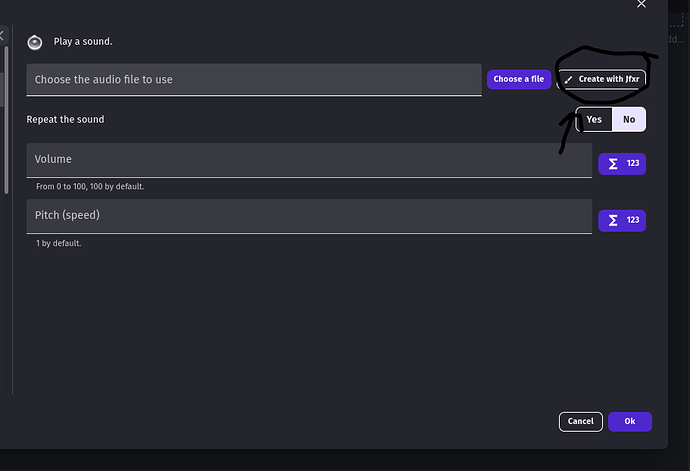