Player will stop moving when transitioning from one object to another

I’m using the physics extention and have multiple different blocks the player can walk on. When the player is running on these sections it will get caught up randomly at a point where 2 blocks meet. Sometimes it does. Sometimes it doesn’t. All the blocks have the same properties as in hitboxes and friction. They are just different objects. Am I missing something with configuration?

When you say “caught up”, you mean it gets stuck, or just stopped by a protruding edge, or…?

Say there’s 10 instances of the same block object all butted up against each other. When I run the player across them, the player will randomly stop at the very edge of a random block as if I’m running into a wall. It doesn’t happen to the same block every time. It doesn’t happen when running the player across a tile object. But it does when transitioning. Like when the player is running across a grass tile and reaches the edge where I have a non tile grass end. It will randomly get caught on the very edge of the main grass tile and treat the grass end as if it a wall.

OK… and if you’re jumping at the transition time, it never gets stuck?
You should check your hitboxes (physics hitboxes for physics objects) and check the size and coordinates of the objects to make sure everything is perfectly lined up.
If you don’t find a solution, set up a dummy project demonstrating the issue, zip the folder and share it here (through easyupload.io or similar).

That’s the thing. It’s a Mario game. So the objects are all the same. It’s several versions of the same object so I can destroy each individually. A brick block. But I have all these block objects as non tile. Would that be a problem with the physics engine? Because this doesn’t happen when traversing across a single long tile object like I have the grass Top set up as. But it does happened randomly when I reach the corner which is a non tile grass corner.

Why would it be a problem? Unless you didn’t align them properly.
My answer above still stands.

I created a brick sprite that is 32x32. I have the grid on. I have several instances of the same 32x32 brick sprite lined up. How would their hitboxes not line up as well?

If you used the grid, you should be fine.
Have you checked your hitboxes?
Still waiting for a dummy project to investigate the issue.

How do I give you dummy project? Sry. I’m pretty green and haven’t sent one yet. I have everything in a folder. Where do I go from there? 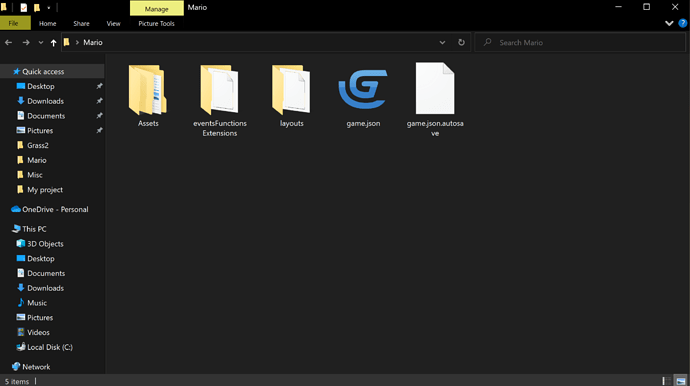 Zip the folder, send it to the link above and share the link you get, here or in private message.

Yes, you did. But I don’t have a gamepad to try it.

@Silver-Streak or @Bouh Can you try the project and confirm the issue?
Says the Physics player is getting stuck when walking across the brick blocks.
Hitboxes seem fine, scene and events too.