I’m trying to make a point and click movement system that goes left and right only.
So far, I’ve been able to make the character go the two different directions by following a spawned target object and then have it deleted when the player object reaches it.

However, when I click on too fast on the opposite direction before the player object has even reached the first target object, it stops moving and gets stuck there while spawning multiple target objects everywhere you click.

I’d appreciate any help from you guys. Here’s the sample GDevelop file:

I can’t open the project right now, but try deleting every target object just before creating a new one:

Thanks for the swift reply Lizard!

I tried doing that but it got deleted instantly after I clicked.

So I put back the original code but it still happens. 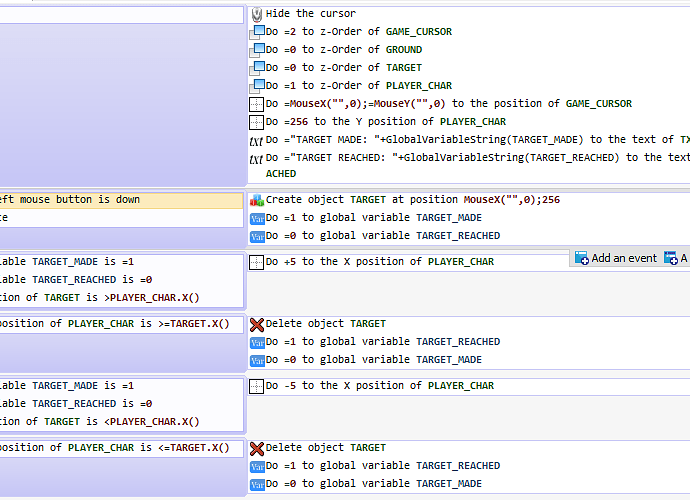 Hey thanks for the help. I got it now after some short breaks and trying out simpler logic. Turned out I was complicating things. I don’t even need to use variables.

GDevelop can be so confusing sometimes 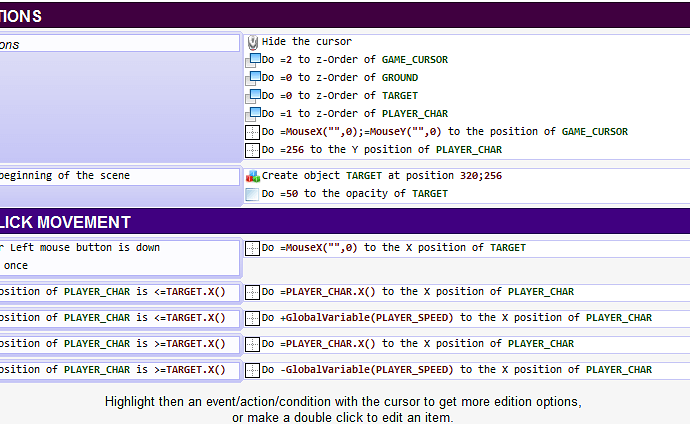