I am certain it has been requested in the past but could not find the topic so I decided to post this again.

Currently if someone is asking for help and we would like to point out at which event they have made an error, we have no choice but to make screenshots and draw on the screenshot to mark where the error is. It is not very convenient, even if you have a decent screenshot tool installed on your system that allow you to capture any part of your screen in less than 2 seconds, it can be uncomfortable when you need to make multiple screenshots, prepare them, upload them, position them in your text and I believe we are also limited to only 3 images / post.

So what I am proposing is to have a numbered list at the side of the event sheet similar to code editors: 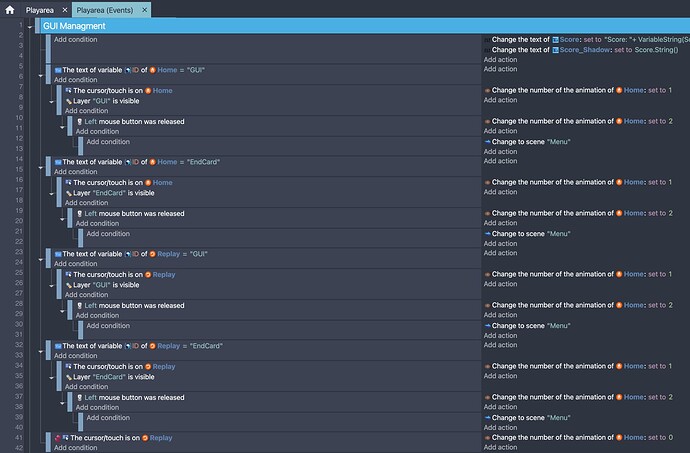 So even though it does not look very polished, but having just a list of numbers at the side can be sufficient. Instead of making a bunch of screenshots, we can point out the collision check near line 328 and the assignment operation for a variable near line 121. Still not very precise if the number does not align with the event exactly, but more convenient than making screenshots.