Saving when game closed and reopened

im having issues making my game save highscore and currency when i close the app and open it again, it saves and updates everytime i play the game but as soon as i quit game everything is set to 0 again.
p.s sorry im very new to using gdevelop!

if someone could tell me what im doing wrong or whats missing, i can’t get my head around how the storage system works

For reasons I don’t understand, you cannot use storage directly into a Global Variable.

Storage can only be loaded into a Scene Variable, so your 2 “GlobalVariable()” calls will not work.

What you’ll need to do is store them in a Scene Variable, then have a SEPARATE event that then takes that scene variable data and stores it in a Global Variable.

so the first screenshot was events from my main menu, i’m now struggling to figure out how to take the information that would be saved in the scene and display it on the main menu.

also would the code from the first screenshot just be moved to the scene where the score is counted?
again sorry im very new and trying my best to learn

No worries at all. Took me a bit to grasp how to use the storage actions as well.

I would actually say your events should be fine, as long as your “currency” variables are getting updated appropriately elsewhere.

Whenever you’re going to do “loading”, whether that be at the start of the game or after pressing a “Load” button, you just need to have your 2 storage events you have now, but have them store the info in a Scene Variable.

thankyou for this, i would never have figured out that global variables cant be saved in storage, so i managed to do what you suggested (i think), i now have everything being saved to scene variables and updated the storage parts to read scene variables, but it still wont save when the game is exited and started again.

do you think this would work better?

yep, definitely.
about number of exports, you can test this without exporting actually (just by playing in Preview mode) - there is an event to delete storage actually, or is it called “clear storage”?

you can put this in a “key released” condition event, and it should delete the storage(s) and quit the game immediately so the game won’t save the currency and highscore into storage. (a “change into scene” with same scene name might also work)

this still isnt saving the highscore or currency values when the game is closed and reopened, also tried exporting and still no luck, i’m so lost at this point

assuming you did create the “delete storage”(s) and-quit-game event to prevent it saving by accident (not the problem at the moment since you don’t seem to able to load it as-is)…
maybe you don’t need “Load storage storagename in memory”?
Here’s my loading highscore event for an arcade game.
(first it loads and stores it into a scene variable, then the global variable takes the value of that scene variable, then finally I update the highscore text)

image717×124 19.5 KB
It’s worth noting I only save the highscore when the player collects and object and their score is now higher than the highscore. Hopefully it’ll help you?

the currency is saved whenever the player dies

i have no idea at this point why it wont load when the game is closed, i cant find any other problems with it from what im seeing…

so in your 2nd picture, in beginning the game loads from storage, and pass the value to the Scene variable, and the event below it with no condition, it’s changed to Global variable, which I think is 0. reverse that event to “Change the global variable highscore: set to Variable(highscore)”.
unless i’m missing something, hopefully not!

There is a storage save-load example. Compare your events with it when in trouble.

‘store value in highscore’ / no need for Variable().
and like cat said, you got your variable actions reversed.
and the text actions should come after, not before.

the second image is my main menu events so the highscore and currency are only in global variants at this point, the way i first tried to write and read storage was using global variables but it didnt work, even though i think i had it set up properly, the way it is right now the score and currency are gathered in the play scene and transferred to global variables. i’ve tried so many alternative ways to do this and none have worked yet, now i feel like i understand it less

sorry but im so confused at this point, would anyone be able to kindly show me an example of what i need in an image? my next plan is probably to try and integrate the main menu and gameplay scene into one and maybe that would be easier…

show me an example of what i need in an image?

The GDevelop official examples are made for that. Open it, examine it, compare it, and reproduce it. 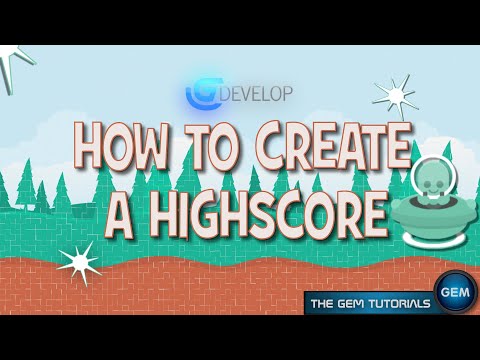 Let me know if you experience any issue