I am trying to make a decision game app based on dialogues with options on GDevelop. Each level (scene) is quite simple, the player can interact with two NPCs and a dialogue is shown, at some point the player can choose between two different options and when a dialogue branch contains the tag “End”, the conversation ends and the dialogue elements are hidden/deleted.

So far the first scene is working perfectly, but when I try to make level 2, it always crashes at some point during the conversation. It doesn’t advance to the next node when selecting an option or it never shows the dialogue again once you have interacted with one of the NPCs.

This is odd to me because both scenes have exactly the same code, the only difference is the dialgue json itself.

Is there any issue with long dialogues?

I’m uploading a pic of the dialogue that causes the problems. To clarify, I created a final node (EndNode) with the tag “End” and redirected all the possible endings to it. As this didn’t work, I added the “End” tag to each previous node as well (as you can see on the photos).That worked.

I have tried everything, hope you can help me!
Thanks in advance

P.D.: sorry if the code is super messy, I’m far from being an expert programmer.
DialogueScene2|690x361

I attatch a photo of the code on this post 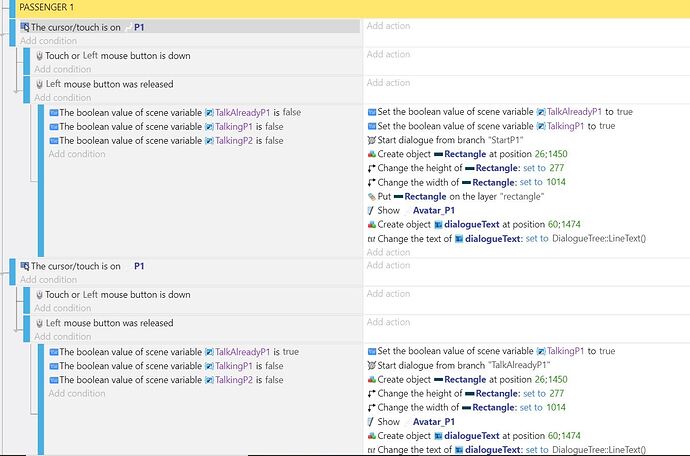 This is the part of the code that manages the advance to the next node. 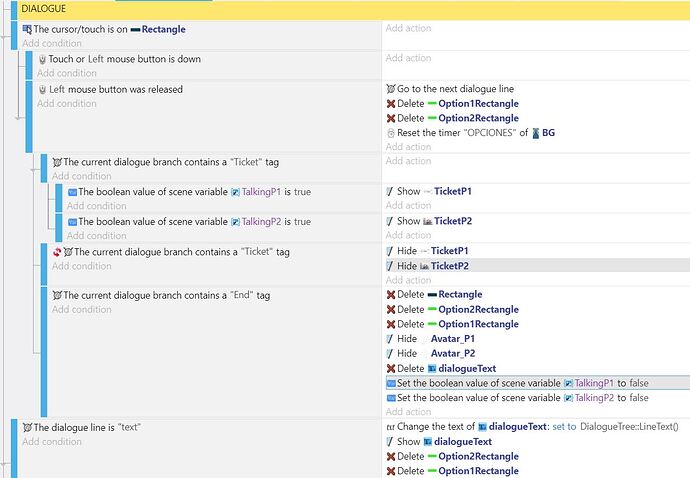 And this is the part of the code that manages the options (I wanted to have click options so I made two invisible areas, the green ones, in order to select the clicked option) 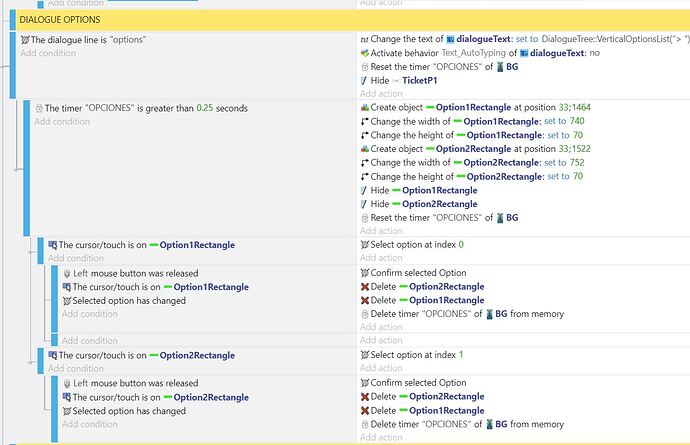 Not sure if that’s your problem, but you’re mixing a scene timer condition with an object timer reset action.