I have a question regarding the Draggable Object behavior.
Is possible to create a fixed menu with several draggable objects where I can create infinite copies and possibly delete one of each copy individually? I attach here a little draw to explain visually: 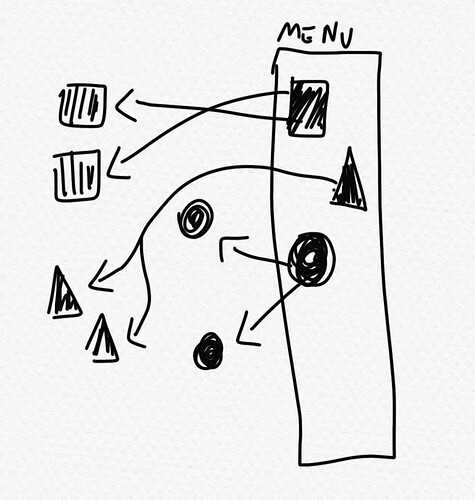 So for example here, I drag two squares and then I want to cancel one of the two. Is this possible?

Thanks for any input and help in advance!

(note, the last 2 sub event cannot be combined. They must be separate events).

Thanks a lot, both! These examples solve what I was looking for