[Solved] Event not running after updating some events

Hi again! well, so this is it, when i was about to add events, i would of course check other things, and it was still fine, but after i added events a bit, what used to work now doesn’t work anymore, well I don’t know. but somehow after i deleted the event that just added when the error occurred, but that has no effect on the events anymore, well i haven’t removed the object i added back then, but after i try, the result is the same. so please help

And can you describe what you expect to happen, and what actually happens?

For the player, I want for the “hitbox” object to always be at the point where I specify where it should be. And for the enemy, I expect him to move left and right and when he sees me he will shoot. And what actually happened was: the hitbox didn’t follow the player, the enemy just stood still and didn’t move

From the events, it looks like your enemy will only shoot at the player if the enemy hit box collides with the player. If the enemy hitbox only covers the enemy, then it won’t shoot when it ‘sees’ the player, but only when the two collide.

To get your enemy to spot and act towards your player, I suggest you follow this tutorial by WishForgeGames on enemy AI.

I’ve tried it and the result is still the same.

Tried what? I made 2 suggestions, I’m not sure which one you’re referring to.

All of them, and it turns out there’s another event that doesn’t work namely the attack animation. that’s the extra

So you fixed the hitbox to use PointY for the y position and it’s still not in the right position?

Do you have a point name Hitbox defined on the Player object, Spelt the same way (it’s case sensitive)?

Wishforge games’ tutorial does work. So there will be something that’s not correct with the way you’ve implemented it. Make the enemies detection box visible, and confirm it’s in the right place. If not, check the events.

Yes, since the update there is autocorrect right? Or whatever, so when I type hitbox then the correct word will appear

Yes, since the update there is autocorrect right? … so when I type hitbox then the correct word will appear

No, that is a list of objects and functions that appears, not a list of point names for the object. The Hitbox you clicked on is the object Hitbox, not the point name. Check the Player object’s points.

it fits, I’m sure. the name is the same, or should I make it different?

How do you know it’s not in the right place? Do you have it visible? Can you send a screen shot of what it’s doing (as, of the game in action)? It’s very hard to work out what’s going on with this minimal information.

LIke This?(The Opening or Intro was Completed but the game itself wasn’t complete)
Here’s what i actually wanted to do 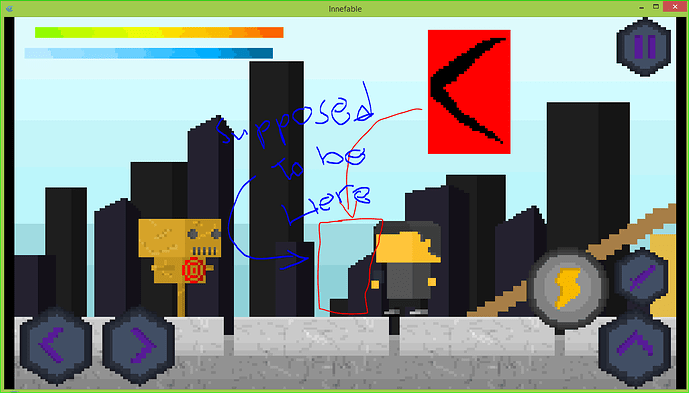 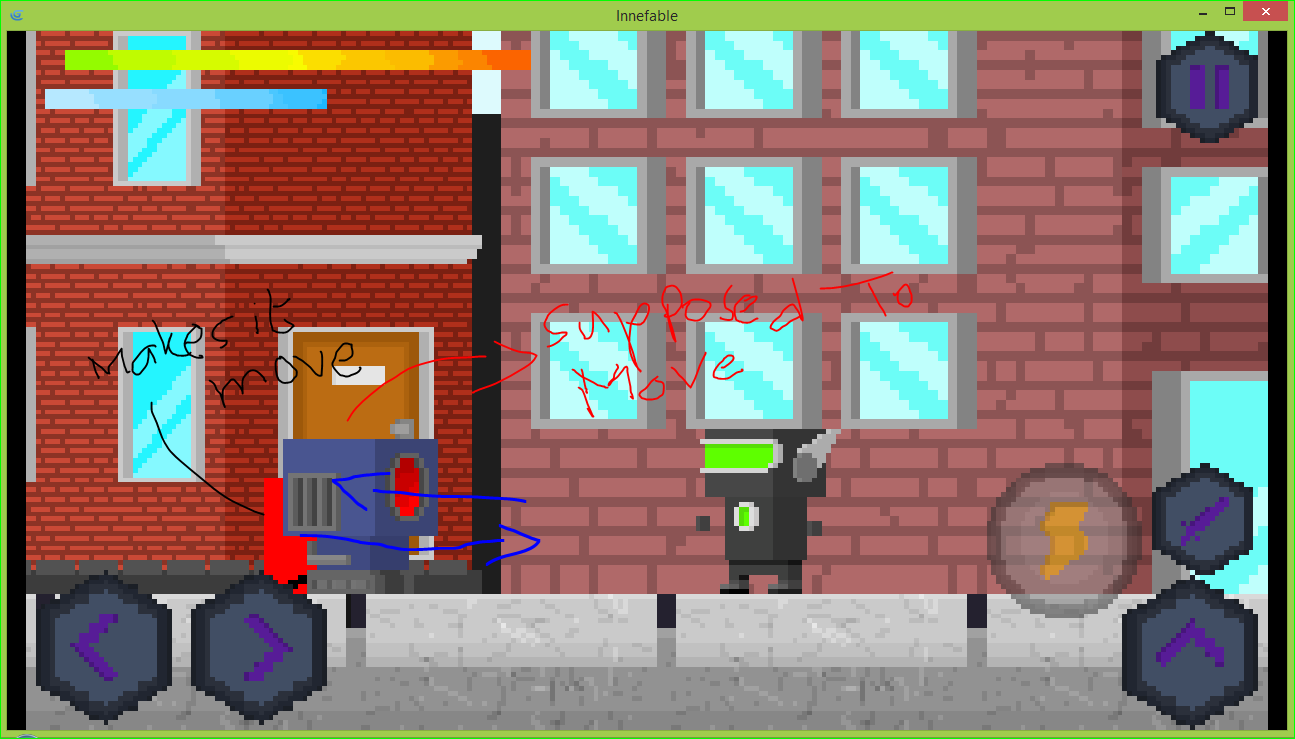 In the image below, where does this fit in with the hitbox issue? Is that red box the hitbox?

Can you screen shot the hitbox point that’s defined on your player object?

Bring the details up using this button : 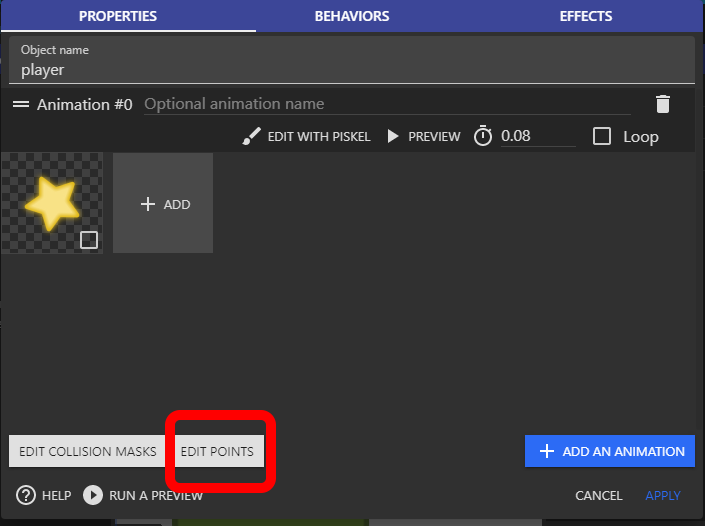 Oh, of course. wait a moment