[Solved] How do I slice a sprite sheet

Hi, I am trying to create a sonic game and I have found a sprite sheet online, my problems is

I always see these completely unaligned sprite sheets and then when I look up how to cut them it never works BECAUSE they are either unaligned or have a background on them. Can someone help me with this? 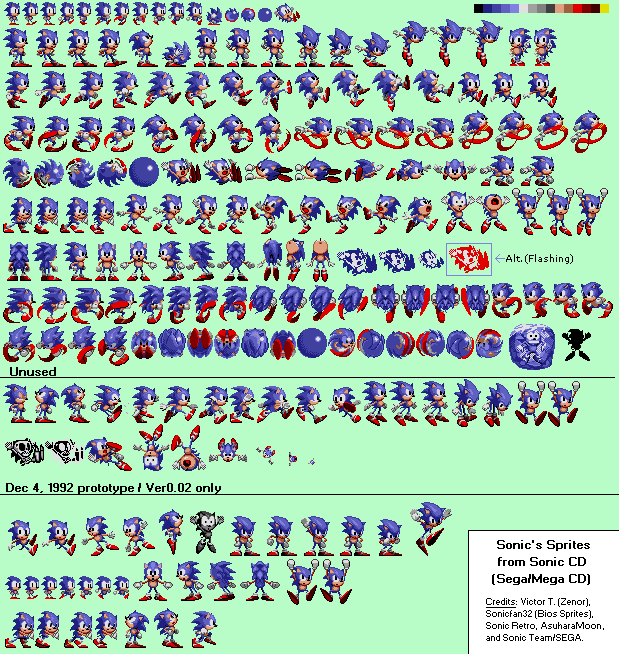 I will add more information if needed.

I use the Sprite Animation Helper plug-in for Paint.net that will cut up a sheet based on cell width and height, and saves each one as a separate image.

It also cycles through the cells you choose (like the animation preview in GDevelop editor). It’ll take a few iterations to get each row of animation, but it’ll save a lot of time and allow you to get the sprite position within the image perfect for animation.

I’ll test it out and get back to you, thanks!

Well, the Sprite Slicer itself isn’t really working out but the application on it’s own might just have what I need, I just need gonna figure out a way to get rid of a specific color for a image. Thanks!

I use https://ezgif.com/sprite-cutter
But the Sonic thing isn’t meant to be used as assets, has copy rights, etc.

Yeah I got that part, I wasn’t gonna release it. Nonetheless I figured it out.

the copyright thing is true if you sell the game, but if not it’s just a fan game and SEGA unlike nintendo highly approves for them

This statement is not fully correct depending on your country, and can be made incorrect

Using other peoples assets without a license is still breaching copyright and IP law in the US. Sega has just publicly stated they are mostly okay woth fan games so long as they are not being sold.

However, even that statement eas made explicitly saying “there may be some exceptions” without giving specifics.

Additionally, since that was just a social media post and they have not actively given a public use license, Sega can change its mind at any time and still will be in their rights to prosecute/submit DMCAs/etc on any existing or new project.

So while yes, they have publicly made statements that they are okay with fangames (with some exceptions) as long as it is not sold, you are still doing so at your own risk.

In the U.S. at least, as long as something isn’t being sold or claimed to be owned/created by someone its not, you cant get sued. Obviously any website you post on has its own rules regarding all this, but if you were to make a fan game and distribute it amongst your friends or on a website that allowed non-monetized copywritten content, then you’re fine. Its more so up to wherever you post the game and its rules where the issue rises. Hence why you get so many false copyright claims on youtube, because of their system, not the laws.

Unfortunately, this is also inaccurate.

In the US (as well as the UK and potentially elsewhere), and at least specifically in regards to video games: IP Rights holders can file both DMCA (to your webhosts or you) and cease and desist (C&D to you) to anything that is publicly using their IP in the same medium (video games). Failure to comply can lead to being sued and actual penalties being applied.

Another Metroid 2 Remake, Pokemon Uranium, Chrono Resurrection are all examples of this. Completely free/not-for-profit projects, all shut down.

Super high level, unless you obtain a license (such as The Silver Lining did with Activision/Vivendi for King’s Quest), your fan game is breaching IP law/can be viewed as copyright infringement. Even Sega’s permissive statements do not protect you long term. 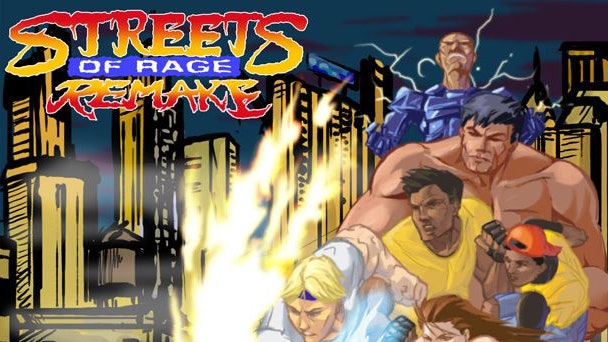 What are your rights when making a fan game? Should amateur creators bow down to pressure, or stand up and fight for their cause? 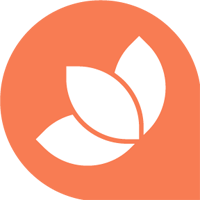 The Legality of Fangames

The Legality of Fangames I've seen a lot of misinformation on the topic of fangames, and it's easy to misinterpret what the laws do and don't say. In this article I'd like to attempt to address whether fangames are or aren't legal, how they can be,...

Because fangames are developed with a relatively low budget, a fangame is rarely available on a console system; licensing fees are too prohibitive. However, unlicensed fangames have occasionally made it onto consoles with a significant homebrew scene, such as the Atari 2600, the NES, SNES, the Game Boy line, Sony's PlayStation, PlayStation 2 and PlayStation Portable, and many others.

I think the main take away here is in your first paragraph; “in the same medium.” Any of those projects you listed would still be considered fine under fair use, but companies do hold the right to DMCA or C&D if they feel like they could potentially lose profit or face some sort of reputational harm.

If OP was to make a fan sonic game and 30 people play it, SEGA wont care. But if SEGA was going to release a similar game or maybe that fan game reached several hundred thousand people, then they would care.

Companies will only use legal threats 99% of the time. Nintendo is infamous for doing this. Realistically, they dont actually have a case that would stand if fought against, but its so unlikely any small fan group would be able to afford the trial that its pretty much never worth it.

I absolutely agree with you, but i wanted to point out that TECHNICALLY what OP is doing is fine. But not every company likes to play by the same rules… And most companies are bullies when it comes to IP stuff.

For some reference i had a lengthy tall with a layer friend about all this a while back, and he essentailly said theres so much grey area and layer bullying that its really a crap shoot.

Those fan games you just stated are from Nintendo franchises, and Nintendo just “probably” hates their fan projects.
And how did this go from “How do i slice a sprite sheet?” to law and such.

And how did this go from “How do i slice a sprite sheet?” to law and such.

Says the one who necroposted to start talking about the law behind the presence of copyright? >_>

Those fan games you just stated are from Nintendo franchises, and Nintendo just “probably” hates their fan projects.

Yes. But this statement is totally missing the point Silver was making. He was showing that projects without any income are still not very legal, and can still be taken down regardless of fair use law if the content owner wishes to. He didn’t say that SEGA will take down your game, but that you are not protected from copyright law by making your game free. Whether or not SEGA will take legal action against you is a different matter. Silver acknowledged that SEGA is fine with non-profit fangames, and merely warned that SEGA remains the ones protected by the law, not you, and that SEGA may still take down your fangame if they wish so. See:

So while yes, they have publicly made statements that they are okay with fangames (with some exceptions) as long as it is not sold, you are still doing so at your own risk.

I agree though that this is getting a bit out of hand, especially since you are reviving this thread again. This has not much to do with GDevelop or OP’s question anymore, which has already been answered anyways, so I’ll close this topic.