two angle conditions don’t work
but when I break them in seperate
then it works
I don’t know
is it a bug ?

Well, yes, it won’t work because having those conditions like that is saying all 3 conditions must be true. And you can’t have a number greater than 150 and less than 30.

You want to use an OR condition, and have the 2 angle checks within it : 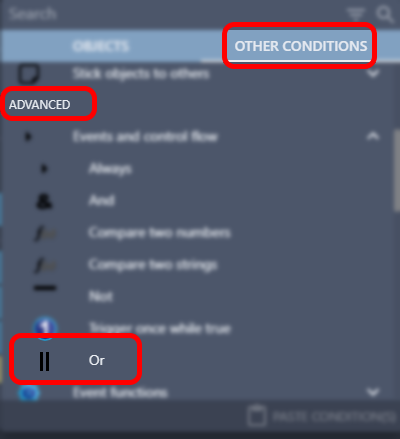 ok, thanks, SOLVED, that will work for me

but that two conditions should not have be anti complementary 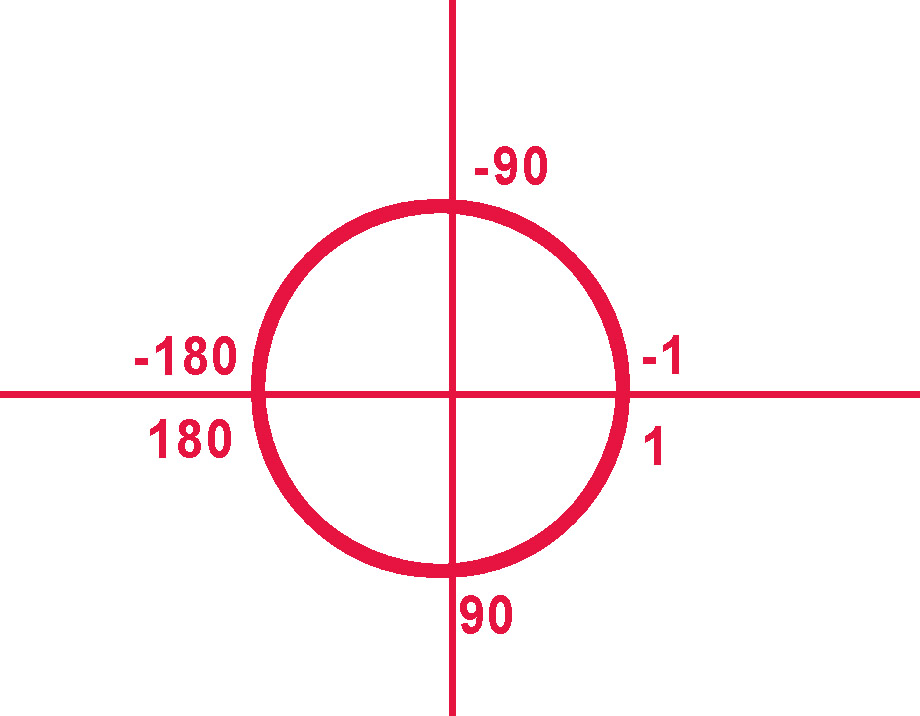 Most angles are tracked in degrees, which goes from 0 (starting at the right) and going up to 360.

But even if it was, you were saying it had to be BOTH above 150 and below 30 at the same time. Which isn’t mathematically possible. The math is normal math. Even if the angle loops, the math doesn’t. 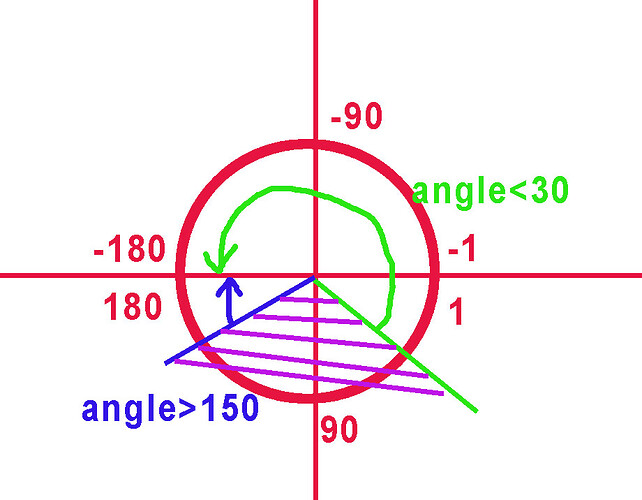 As mentioned, while the angle may go negative, the math in your events will not.