I have a big fps problem in my game. The game ended up slowing down to 40 fps.

It’s a racing game, and unfortunately as a big noob

I started to design it with physics2 behavior, without knowing that it drained a lot of resources. And at some point, I find myself with 30 objects with this behavior.

I thought that was what made my game slow.

But when I remove all objects, the game keeps running at 40 fps!

and the debugger shows me:

What does it mean ?!?
is this why my game slow down?

I don’t understand because when the game starts to slow down, I delete all these objects that could drain resources, and even after 5 minutes of waiting, the game still slows down. 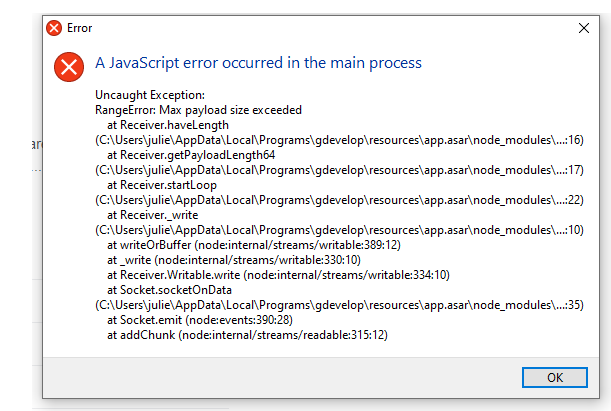 and here is what appears after a long time

I’m not familiar with serialisation in GDevelop specifically, but in other systems it’s the process of converting structured data (like arrays, objects, etc.) into a string format for storage (like JSON).

I see some references to JSON in the wiki, so are you perhaps doing anything with JSON in your game? Like saving things to storage/the filesystem? That may he what serialisation is referring to here…