Hi,
After I export the game as an android app bundle and upload it to the Play Store I get a black Cordova screen.
Depending on the device it will take a few seconds to launch the app. For older devices, it takes +20 seconds.
I know it is not the loading screen scene I have a different image uploaded for the splash screen.
I find it odd that there is a Cordova logo since I am not even using Cordova. As mentioned I use the export as an Android app bundle option in Gdevelop.
This happens since the last update of Gdevelop. I posted this topic in “How do I” since I thought it was something I was doing wrong but I see that I am not the only one and it has happened since the last update for other users as well. So now I am reporting it as a bug. 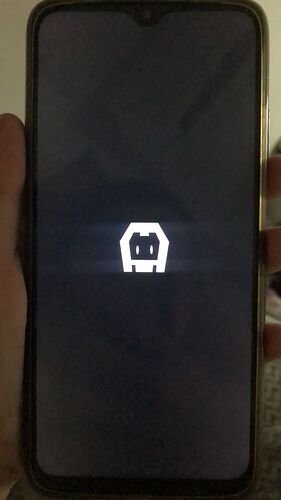 This is not a bug, the online build service GDevelop uses Cordova, most likely this splash appeared with the update of Сordova

This new icon can be customised in the app, in the “Icons and thumbnails” window, since version 5.0.140 (released in August):

If you let it empty, you will get this default icon.

This was this line in the changelog (even though I agree it was a bit hidden amongst the other improvements):

Hello, I have the same “issue” but with something more. I understand that it is a Cordoba logo and that it can be modified. The problem is that 40% of the times I try to open the APK from an Android phone, time passes and it doesn’t come out of that screen. After a while I get the notification:
"ApplicationError
The connection to the server was unsuccessful. (EDIT: I don’tknow if i can post a link or not